The disaster in Beirut epitomizes everything that is wrong with Lebanon. But we didn’t have to wait for an investigation into the explosion at the Beirut port that left more than 150 people dead to know what is wrong with that country.

The problem with Lebanon isn’t merely that Hezbollah largely runs it. Nor is the damage solely to do with the fact that Hezbollah is primarily an ethnic terrorist organization that takes its orders from the tyrannical theocrats that run Iran. Those facts alone would doom that nation to be dragged into conflicts that are not in their interests and that serve only Tehran’s goal of regional hegemony.

The Lebanese disaster is more than Hezbollah. It goes back to its founding as a separate nation after World War I, when the Allied powers carved up the remains of the Ottoman Empire. The French received a mandate for Lebanon and Syria. They went on to draw the borders of these new entities arbitrarily, with little relation to any sense of nationhood shared by the different populations that actually live there.

The French had ties to the Lebanon region since the days of the Crusades, where the Maronite Christians trace their origins. Seeking to enhance the power of that Catholic community, Paris drew Lebanon’s borders to encompass more territory. But that meant ensuring that the Christians would not have a stable majority and would have to share the country with Sunni and Shia Muslims, as well as the Druze, communities with which they had been in conflict from time immemorial.

In order to facilitate the sharing of this polyglot entity, the French helped them draw up a constitution whose basic formula would survive after Lebanon achieved independence during World War II. It involved a complicated scheme whereby the president would be a Christian, the prime minister a Sunni Muslim and parliament would be divided strictly along sectarian lines with a permanent 6-5 ratio of Christians to Muslims, even though the latter would eventually strongly outnumber them. It was a prescription for an on-and-off civil war — and that is exactly what has happened over the course of the last half-century as Muslims, and particularly the Shia with their strong ties to Iran, began to predominate.

The main thing to know about Lebanon is that it is not a country in any real sense. It is a place where warring tribes are locked inside borders where they continually tear each other to pieces, as is the case with neighboring Syria, which is just now winding down its own civil war produced by the conflicts between competing religious and ethnic groups that cost half a million lives and created at least 5 million refugees.

As far as Lebanon goes, with Iran’s help, Hezbollah and the Shia currently have the upper hand over all the groups. Were ethnic and religious war not the determinative factor in defining civil and communal life, it would be a prosperous and beautiful country — and for a very short time once was. Instead, it is both strife-torn and an economic basket case.

Over the last few decades, both the United States and Israel have been dragged into Lebanon’s civil wars in ways that didn’t benefit anyone.

The question we should be asking is not only what can be done about Hezbollah and Iran. Rather, we should be contemplating whether there is anything the West can do to fundamentally change these countries.

Much of the world wants to help the Lebanese recover from the port disaster (including Israel, though the Lebanese don’t want their help since the Jewish state is demonized there, as is the case throughout the Arab world). France is taking the lead on this.

But no one is optimistic about a long-term solution for the problems that allowed this tragedy to happen because there are none. There is nothing that would fix Lebanon that wouldn’t involve a foreign takeover and/or reimagining of it in modern and democratic terms. As the United States proved in Iraq, such a task is a fool’s errand.

We can argue that Lebanon, like Syria and Iraq, are breeding grounds for terrorism that cannot be allowed to fall into the hands of bad actors. Still, the idealism that led Americans to believe that these countries can be remade in the West’s image was a fantasy. We can and should wish their peoples well, and send aid if they wish to shake off the ancient quarrels that breed slaughter and have reduced them to penury.

Israel should be supported in its efforts to ensure that violence in Lebanon and Syria doesn’t spread. And the West should continue sanctioning and isolating Iran so as to prevent it from creating more mischief. And sensible people should support Israel’s refusal to create a Palestinian state that would be just as much of a disaster as Lebanon or Syria.

For too long, Americans have labored under the delusion that we can fix the Middle East. But the slaughter in Syria and Iraq, added to the catastrophe that is Lebanon, should remind us that the only sensible approach to these faux nations is to stay clear of being dragged into their endless and futile internecine conflicts.

Opinion | What Bennett can learn from Biden, and vice versa 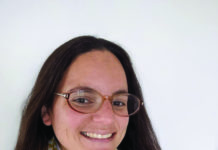