Raphi and I were walking home from school one day when I playfully jeered him for getting such good grades.

My life changed forever with his answer: “I cheat.”

“You what?” My mouth dropped opened, and I just stood there staring at my friend; I didn’t know what to say.

Somehow, I brought my next thought to my tongue: “How do you cheat?”

Raphi was about to walk away, but he stopped and answered the question.

“Listen,” he said, his voice suddenly softer. “I sit next to Shapiro, and I lean over to check my answers with his.”

“What if Shapiro gets them wrong?” I asked.

“I write the answers on a small paper that I keep in my socks.”

We walked the rest of the way home in silence. At his door, I spoke again: “Cheating is not cool.”

“You promised not to tell, Kaplan.”

“But why?” My voice trailed off. “Why would you cheat?”

Raphi looked at me: “I guess I always like being the best.”

I watched his front door slam. As I entered my house, next door, I had a stomachache. At dinner, I sat quietly, still pondering this new information. Mom and Dad were discussing someone from my dad’s office who was “let go,” for cheating on his taxes and fudging with the numbers on the accounts at work.

“Why would anyone do that?” my mom asked Dad.

Then I spoke up: “Maybe he was under pressure to be the best.”

My eyes locked with my father’s.

“Yes, and see what it cost him,” Dad said. “A job and his reputation. I would like to know how his family feels about him now?”

My sister, Shelly, had been listening to all of this, too.

“What about my friend with dyslexia who makes all Bs in school? Is she a loser?” Shelly asked.

“Actually Shelly,” said Mom, “she is what I would call a winner. If she tries her best and is honest, she is No. 1 for her.”

Then it hit me. Raphi was going about being No. 1 in the wrong way. To him, good grades meant he was a winner. The sign of success is how hard one tries — and if he or she is honest.

A few weeks later, Raphi and I were walking home once again.

“I’ve been thinking about this cheating stuff. It’s not worth it,” Raphi said.

I just looked at Raphi, confused.

“I read in the papers about that man who worked with your dad. In fact, his son is my friend. The guy’s going to jail. Did you know that his son told me that he never wants to speak with his father again?” Raphi said. “It’s not worth it. The newspaper said that the guy cheated as a kid in school, too.”

“It’s over,” he said, kicking the dirt in front of his house. “It’s better this way.”

Danielle Sarah Storch is a local freelance writer. Shabbat Table Talk is a monthly
feature synthesizing Torah insights and lessons for children of all ages. 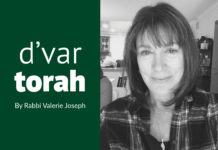 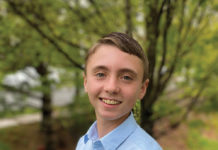