Good Deeds Day, a community wide volunteering event that was first launched in 2007 by Israeli businesswoman and philanthropist Shari Arison, will be held in Howard and Baltimore counties for its first and fourth year, respectively, on April 10.

“Generating positive change through efforts like Good Deeds Day is part of our mission to give back to the community and engage in one of our core Jewish values of tikkun olam, repairing the world,” said Michelle Ostroff, executive director at the Jewish Federation of Howard County.

In past years, Good Deeds Day has involved more than 900,000 volunteers in 60 countries. In Howard County, Jeremy and Allison Goldman and Aaron and Leslie Brodsky are chairing the event, organized by the Federation.

“It gives people the chance to participate in a way that they can choose [because] we have tasks and events for all different age groups,” said Goldman, 38, who lives in Ellicott City.

Projects in Howard County will take place at several locations such as the Bet Yeladim preschool, Habitat for Humanity of the Chesapeake ReStore and the Ellicott City Volunteer Fire Department, Station 2.

“We know what it feels like to give back to the community because we do that on a regular basis. We’re always out in the public eye,” said Cathy Ralston, a chaplain and emergency medical services sergeant at Station 2. “But it’s hard for little ones and young children to understand that you give back to your community and you work with your community.”

The project at Station 2 includes cleaning several vehicles. Ralston said the day is a good opportunity to get young children in the habit of giving back, a value that Ralston and her husband, Craig, who is the deputy chief, instilled into all four of their now grown children.

“[Good Deeds Day] opens up a new opportunity for volunteering, and since we’re engaging people on site, it’s an excellent opportunity to expose people to [the volunteer work we do],” said Matt Metzger, director of volunteer engagement at Habit for Humanity of the Chesapeake ReStore.

Metzger said many people associate Habitat for Humanity with building houses — which is one project that will be available on Good Deeds Day — but the organization engages volunteers in their retail stores and offices as well.

“Those people fill a lot of critical roles that are equally as important as working on the houses,” said Metzger.

Goldman added this year, registration for Station 2 and taking care of livestock at the Days End Farm have been particularly popular among children. He is personally excited about a tech café at the Columbia East Library, where sixth- and seventh-grade students will teach older adults how to use iPads and other technology.

Josh Finifter, 26, is the chair of Good Deeds Day in Baltimore, which is organized by the Jewish Volunteer Connection and The Associated: Jewish Community Federation of Baltimore. He became involved with JVC in 2005 through a program that is now called the Diller Teen Fellows and stayed involved throughout high school and college.

Finifter emphasized that the projects taking place around the city all address a specific need predetermined by JVC.

“I personally take pride in where I’m from and being Jewish, [so giving] back to the community has always been important to me,” said Finifter, who recently moved to Virginia for work but will be back in Baltimore for Good Deeds Day. “There’s a responsibility to advance the entire community, and volunteering is the most obvious way to do that.”

For information about times and locations in Howard County, visit jewishhowardcounty.org/GoodDeedsDay or contact Meghann Schwartz at 410-730-4976, ext. 106. In Baltimore County, visit jvcbaltimore.org or contact JVC at 410-843-7490. 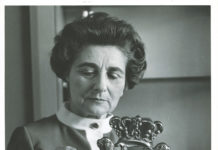 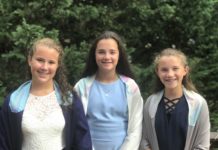