In the Jewish civil war over who gets to say what about Israel, apologists for the occupation frequently promote the fallacy that it is hypocritical to criticize the Jewish state without also protesting more egregious human rights violators. This strategy was employed against Natalie Portman, who declined to accept Israel’s Genesis Prize from Prime Minister Benjamin Netanyahu.

Her detractors excoriated Portman for attending a film festival in China. While Israel has a far better human rights record than China, the charge of hypocrisy is nonsense.

Saying that Portman — an Israeli citizen — is disqualified from criticizing Netanyahu is akin to claiming that Americans who buy Chinese goods are hypocritical for criticizing President Trump’s immigration policies.

Portman’s disagreement with Netanyahu presumably concerns his policy towards the West Bank and Gaza — an issue that cuts deep for any Israeli with a pulse. Shouldn’t Israelis be more passionate about their government’s actions than the actions of a foreign power?

The same could be said of Diaspora Jews such as myself. While I identify as an American and am active in community organizations, I am equally bonded to Israel. I have numerous Israeli relatives and visit every year.

But I have a primal connection to Israel that is stronger than these tangible ties. I identify with Israel because it is the Jewish state and I am Jewish.

For several years, I was active in J Street, the lobbying organization that advocates for a two-state solution. Maybe I should be just as concerned with China’s occupation of Tibet, but Beijing’s misdeeds simply don’t motivate me to action.

I suppose defenders of the occupation would prefer that Jewish detractors of Netanyahu disengage from Israeli issues. But nothing makes me more pessimistic about Judaism’s future than Jews who feel they have no stake in the the Zionist project — the most likely vehicle for uniting Jews of all backgrounds. We should want all Jews to be passionate about Israel, no matter their political leanings.

There are, of course, legitimate criticisms that can be lodged against Netanyahu’s detractors. It is fair to point out that Israel has made at least two workable proposals for a Palestinian state and reasonable to question whether the Palestinians are viable peace partners.

But criticizing Portman and other Jews for their alleged hypocrisy is simply a device by the political right to deflect attention from the occupation and monopolize public debate about Israel.

No Jew and certainly no Israeli needs explain why they are focused on Israel. It is part of every Jew’s psychic DNA, and all Jews should want to influence Israel’s future. 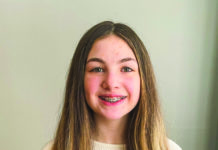 Parshat Ki Tisa: What the census teaches us