As Israel celebrates 65 years, many of its medical, agricultural, military and technological nnovations have been shared globally. The real indication of the country’s growth and advancement is evident in the numbers.

According to the Ministry of Foreign Affairs, Israel’s population has doubled in just 30 years — a bit short of four million in 1980 to now more than eight million. Life expectancy has also increased since 1980, from 76 years to 84 years for women and 72 years to 80 years for men. Education expectantly flourished, as the percentage of people with a college degree has jumped from 19 percent to 44 percent. The value of Israel’s net exports increased to more than $62 billion, and tourism has almost tripled with almost three million visitors in 2012.

No country is perfect, but Israel is constantly striving to reach new heights. We’re looking forward to what the next 30 years will bring. 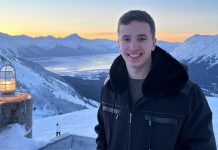