Orioles star Dean Kremer, the first Israeli to be drafted by a major league baseball team, dominated the Yankees in Baltimore for the first win of his career Sept. 6.

Kremer said the day felt like a dream come true. “We practice every day for years to get to this point,” he said. His mind was racing the night before, but he got just enough sleep for the feat.

To be the first Israeli to accomplish that, Kremer said, was an awesome torch to hold. 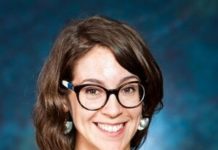