Last year also saw some 627,000 fatalities due to breast cancer — nearly all because their cancer had spread to distant organs.

Israeli researcher Neta Erez is trying to find out how the cancer spreads in a bid to stop it.

“Most studies are still done on the primary tumor, but that’s not what kills the patient,” Erez said. “If we can intervene at an early stage, we may be able to prevent metastasis.”

If successful, this could lead to significant improvements in cancer treatment and survivability.

Erez, the chairwoman of the Department of Pathology at Tel Aviv University’s Sackler Faculty of Medicine, is one of many Israeli cancer specialists studying breast cancer, which strikes Ashkenazi Jewish women at three times the rate of the general population. That’s because Ashkenazi women are much more likely to carry mutations in the BRCA1 and BRCA2 genes that lead to extremely high rates of developing cancer.

Even so, 99 percent of breast cancer patients whose tumors are diagnosed and removed at an early stage are still alive after five years. That five-year survival rate drops to 92 percent if the tumor reaches Stage 1 classification, and drops to just 14 percent for patients who have the Stage 4 disease.

The key to improved outcomes, Erez says, is to stop the disease from spreading.

“We no longer look at tumors as a bunch of cancer cells, but as multicellular organs. They actually recruit and hijack lots of so-called normal cells that then become part of the tumor,” she said. “We’re trying to understand the interactions and relationships between those tumor cells and the normal cells that get hijacked.”

October is Breast Cancer Awareness Month. In the United States, where breast cancer is the most common cancer among women, there will be countless fundraising events, marches for cures and other efforts to raise money for research to fight the disease.

The Israel Cancer Research Fund, which raises money in the United States for cancer research at Israeli universities, hospitals and other institutions, has long been a funder of breast cancer research. Erez is one of the organization’s grant recipients.

So is Dr. Gad Rennert, director of the Clalit National Israeli Cancer Control Center in Haifa, who is studying why breast cancer is so prevalent among pre-menopausal women under the age of 45.

“Most cancers develop over a pretty long period, maybe 10 to 15 years,” said Rennert, whose lab is the recipient of a $420,000, three-year ICRF grant split evenly between the City of Hope Cancer Center in Los Angeles and his agency. “So when a woman develops cancer at 35, you’ve got to wonder what happened to her at age 25.”

Rennert’s project is analyzing the DNA of newly diagnosed young women with breast cancer — Stage 1 patients up to 35 years old and Stage 2 patients up to 45 — and testing their DNA for changes in about 130 genes known to be involved in the development of breast cancer.

“I don’t have Phase 2 results yet, but in Phase 1 we identified another 10 percent of women with mutations in other genes or rare mutations in BRCA,” he said. “We’re trying to see if there are other genetic events or unspecified mutations.”

The next phase of Rennert’s study involves evaluating the immune system of women who had been excluded from the previous phase of research based on BRCA1, BRCA2 or other gene mutations.

“Our project is not meant to look for environmental factors, but rather genetics and immunological response,” he said. “We want to see if these women have a weakened immune response to a cancer attack.”

The effort to arrest the spread of breast cancer involves more than cancer experts.

Gilad Bachrach teaches at Hebrew University-Hadassah’s Institute of Dental Science in Jerusalem. A microbiologist who specializes in clinical diseases like tuberculosis and Malta fever, Bachrach has taken a particular interest in Fusobacterium nucleatum — a specific bacterium that was found recently within malignant colon tumors.

Now in the second year of a $50,000-per-year ICRF grant, Bachrach runs one of only five labs worldwide that can genetically manipulate F. nucleatum. Since that particular bacterium in colon cancer originates from the mouth, he speculated that it might reach tumors via blood.

Specifically, a fusobacterial surface protein, Fap2, binds and activates a receptor on immune cells known as TIGIT, thereby suppressing the ability of immune cells to destroy the tumor. Fusobacterium can travel to the colon not only through the gut but also through the blood, meaning it can reach other cancers as well, protecting them from the immune system.

“When you have gum disease, you bleed, and bacteria could enter,” said Bachrach, a former Israeli army tank commander who has done postdoctoral work at the National Institute of Medical Research in London and the National Institutes of Health in Bethesda, Maryland. “We found that they specifically colonized the tumor because they find sugar exposed on cancer cells. Then we looked for other cancers where this sugar is exposed, and one of them is breast cancer.”

To stop the spread of cancer, Bachrach says, clinicians should consider anti-spreading agents, not just typical cancer treatments. It is possible fighting this bacteria will have implications for breast cancer patients.

“Antibiotics are drugs that can kill bacteria,” he said. “At some point, physicians should think about using antibiotics when they’re treating people with cancers.”

Ultimately, Bachrach wants to re-engineer the fusobacterium to turn it into a cancer killer rather than a cancer protector.

“Our long-term goal,” he said, “is to engineer the fusobacteria in order to colonize the cancer and kill it.” 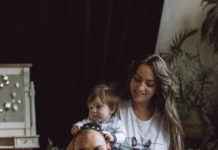 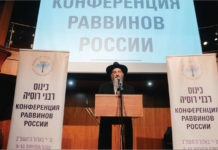