JERUSALEM (JTA) — Prime Minister Benjamin Netanyahu’s Likud party improved its chances of forming a government after it gained three more seats in parliament than Blue and White at the close of voting in Israel, exit polls showed.

Likud took 36 seats, according to the polling by the Kan national broadcaster, compared to 33 for Blue and White in an unprecedented third Israeli election in less than a year.

The initial results show the right-wing bloc with some 60 seats to about 54 for the center and left. Sixty-one seats are needed to form a government coalition.

Two Israeli channels reported slightly different results: Channels 12 and 13 each had the right-wing Likud with 37 seats, with Channel 12 showing the centrist Blue and White gaining 33 seats in the Knesset and Channel 13 showing 32.

The results appear to result in a slight improvement in Netanyahu’s chances of forming a viable government. All three channels show the right-wing bloc winning 60 seats overall, one shy of an outright majority in the 120-seat parliament, but an improvement from the 56 it won in the last round of elections in September.

“While we need to wait for the final results, there is no doubt that Prime Minister Netanyahu has won a significant political mandate from the Israeli people,” Yohanan Plesner, president of the Israel Democracy Institute, said in a statement. “Israelis voiced their support for the man they perceive to have bringing them security and prosperity.”

Plesner noted that Netanyahu’s trial on three counts of corruption is set to begin on March 17 and said Israel “is heading towards constitutional uncertainty.”

Following elections in April, the prime minister was unable to form a majority coalition in the Knesset, despite an overall edge for the right-wing bloc. Likud and Blue and White had tied with 35 seats each. Lawmakers eventually voted to dissolve the Knesset and send Israelis back to the polls in September.

In that balloting, Blue and White won the most seats, with 33, but more lawmakers wanted Netanyahu to form the government, which he failed to do. Blue and White leader Benny Gantz was then given a mandate to form a government but also came up short, paving the way for Monday’s election.

Despite fears of poor turnout due to voter fatigue, turnout by the evening was registering as the highest since 1999.

Exit polls released at the close of voting at 10 p.m. local time showed the Joint List of mostly Arab parties finishing third with as many as 15 seats — up from 13 in September’s election. Both Likud and Blue and White said prior to the latest election that they would not form a government with the Joint List.

Exit polls showed the Yisrael Beiteinu party of Avigdor Liberman earning six to eight seats. Liberman has said he is unwilling to join a coalition with Likud as long as Netanyahu leads it, but also has disparaged Gantz.

Israeli exit polls often are not reliable, and swings of several seats when the final totals are published are not uncommon.

Paper ballots, each sealed in an envelope, will be counted throughout the night with more reliable results available by Tuesday morning.

Votes of soldiers, prisoners, hospital patients, poll workers, on-duty police officers and officials working overseas are not counted until the day after the election. Israel does not have absentee ballots for citizens who live abroad or are out of the country on Election Day.

This year, another group of voters — those in quarantine at home due to possible exposure to the coronavirus — voted at special outdoor polls. Sixteen such polling places were set up throughout the country for the more than 5,600 eligible voters who are currently in isolation. The Elections Committee announced that some 4,076 quarantined voters cast ballots.

Among the smaller parties, the right-wing Yamina coalition led by Naftali Bennett garnered six to seven seats, the Sephardic Orthodox Shas party had nine and the haredi Orthodox United Torah Judaism received seven to eight seats. On the left, the Labor-Gesher-Meretz alliance picked up six to seven seats.

The far-right Jewish Power party, or Otzma Yehudit, did not pass the 3.25 percent electoral threshold in any of the exit polls. The party had flirted for several days with leaving the race and throwing its support behind Likud, with its leaders saying that they were promised rewards for doing so. But in the end the party left the decision to the voters.

President Reuven Rivlin cast his ballot in the morning in Jerusalem. In a statement, he registered his disgust with the country holding a third election in less than a year.

“I’ve been participating in the elections in Israel almost since the country’s foundation. It was always a day we considered to be a celebration of Israeli democracy, and I must say that today I feel no sense of celebration, only a sense of intense shame, before you, the citizens of Israelm,” he said. “We don’t deserve another horrible election campaign that deteriorates into such filth, like the one that ends today.”

Election Day in Israel is a national holiday. To celebrate, some 150,000 Israelis and an estimated 10,000 tourists visited national parks and nature reserves. 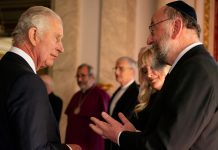 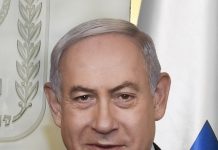 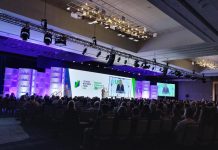 Israeli Ambassador Michael Herzog to JNF conference attendees in Boston: ‘They will not tear us down’