Not every U.S. president has been “the best friend that Israel has ever had in the White House.” But there is no U.S. president who has come into office with a longer history with or a better understanding of the Jewish state than President Joe Biden. And he has always been viewed as a good friend to Israel.

Of course, today’s Middle East and today’s Israel are much different from when Biden stepped down as President Obama’s vice president. Much of the credit for the changes and a good deal of the blame goes to the Trump administration. It will be interesting to see how the Biden administration deals with those changes.

We focus on four of the bigger ones:

First, there are the Abraham Accords. Arab countries are normalizing relations with Israel, backed by sweeteners from the United States. We hope the new administration will build on that work and help to expand the number of countries involved. Normalization of relationships brings promise, hope and prosperity to all parties, and provides alternative paths to resolution of historical differences.

Second, there is the perplexing puzzle of the Israeli-Palestinian conflict, which has confounded decades of peace experts — many of whom have emerged in the Biden administration’s foreign policy orbit. Palestinian leadership has indicated an interest in working with Biden, after cutting off contact with the Trump administration. We hope the Biden administration will lean into this opportunity and do what it can to encourage Israel to embrace the prospect of peace, and help work toward a two-state solution.

Third, there is the issue of Iran. As during the Obama years, U.S. policy with respect to Iran threatens to create a wedge issue with Israel. But now, with the alliances of the Abraham Accords, other Iran-phobic neighbors have an opportunity to exercise influence over U.S. policy with respect to Iran. Any such joint effort by Israel and Accord partners will be historic and compelling. And since the Biden administration does not have to move quickly on this issue, there is time for careful development of an approach.

And finally, there is the question of the Israeli government itself. If history is any guide, Netanyahu will be returned to office in the March election. But even if he’s not, Israel’s Knesset promises to be as divided as our Congress. And it is in dealing with the realities of those intense political divisions that the bipartisan inclinations of President Biden might have the most lasting impact on the Jewish state: He can lead here and there by example. If he is successful in that regard, then even if he doesn’t turn out to be the best friend Israel ever had in the White House, he can still be the most influential. 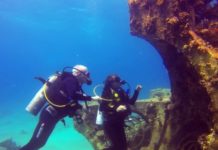 Parshat Tazria-Metzorah: Why we blame those who are victims of random events