Applications are due March 15 and aim to “foster Jewish identity and build Jewish community,” according to Marjorie Manne, chair of the funding committee — an arm of The Associated: Jewish Community Federation of Baltimore — that selects the applications approved for funding.

At this time, the largest grants awarded are $1,000. Last year’s awardees include Harbor Minyan, Jews on Bikes, L’Hitraot Shabbat and Proud to Sign
Jewish, among others in the Baltimore area as well as sister cities Ashkelon, Israel and Odessa, Ukraine.

“It was great,” Manne said. “We ended up funding 10 projects. We had great applicants.”

To apply, the applicant must be at least 18 years old, an individual or representative of a grassroots organization (that is not already funded in any way by The Associated) and living in Baltimore, Ashkelon or Odessa.

Manne said they are expecting more applicants this year, and she is looking forward to seeing the projects they come up with.

Part of the point of JBIG, she added, is to harness that creative grassroots energy from local leaders and organizations that may have a hard time finding funding elsewhere. The committee looks at both quality and quantity of impact, she said, meaning a project deeply affecting a small number of people is just as likely to be chosen as one that reaches more people on perhaps a more surface level.

“[JBIG] was an opportunity to really look at projects that have significant impact with small investment,” Manne added. 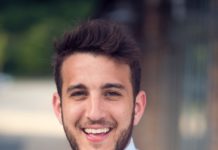 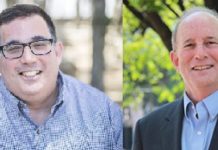