A United States government counterterrorism operation in January resulted in the accidental death of two hostages held by al-Qaida, including Warren Weinstein of Rockville.
Weinstein, 73, had been held by al-Qaida in Pakistan since 2011. Also killed was Giovanni Lo Porto, an Italian national who had been held since 2012.
Weinstein was a former official of the Peace Corps and the United States Agency for International Development and was working in Pakistan for a government contractor to promote economic development when he was kidnapped.
“It is with tremendous sorrow that we recently concluded that a U.S. Government counterterrorism operation in January killed two innocent hostages,” White House Press Secretary Josh Earnest said in a statement. “The operation targeted an al-Qaida-associated compound where we had no reason to believe either hostage was present, located in the border region of Afghanistan and Pakistan. Our hearts go out to the family.”
The government decided “with high confidence” that Weinstein and Lo Porto were killed in the operation. Also killed was Ahmed Farouq, an American who was an al-Qaida leader, according to the White House.
President Barack Obama addressed the nation Thursday morning and said he “takes full responsibility.”
“The pain of their deaths will remain with us as we rededicate ourselves to adhering to the most exacting standards in doing all we can to protect the American people,” Earnest added in his statement. A review of the operation is being conducted.
Rep. John Delaney, a Democrat who represents the congressional district in which Weinstein lived, called his death “devastating, a tragic event that we must never forget. Warren was a beloved husband, father and grandfather.”
Delaney, who never met Weinstein, but was in contact with his family throughout his imprisonment, called him “a gentle and loving man who dedicated his career to building a better world. We need more Warren Weinsteins in the world.”
That his own government caused his death is “a sobering national security and government failure,” Delaney said. “I feel like his country failed him in his greatest time of need.”
Delaney called on the government to strive harder to bring home Americans held hostage by terrorist groups.
Sen. Barbara Mikulski (D-Md.) also expressed sympathy to Weinstein’s family, saying she was “truly heartbroken.”
“Dr. Weinstein dedicated his life to improving the conditions of others all around the world and his legacy is truly immeasurable,” added Mikulski. “His humanitarian service, and that of Mr. Lo Porto, stands in stark and shining contrast to the depravity of their captors.”
The last time Weinstein was heard from was in December 2013 in a videotaped plea for the Obama administration to negotiate for his release.
spollak@midatlanticmedia.com

Trump: Peace Plan May be Revealed in Coming Days 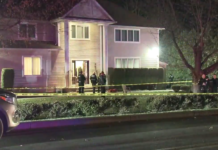