When the news is filled with violence and fearmongering, feeling frightened and worrying about our children’s futures is to be expected. As Jews, the recent wave of violent anti-Semitic attacks hits close to home and raises many concerns and anxieties.

As the local Chabad emissaries in Hunt Valley, we are receiving numerous calls and emails from uneasy Jews of all ages. People are wondering how anti-Semitism can be so rampant in the safest and freest country in the world and how they should respond. Should hats cover kippahs in the street? Chai necklaces be taken off? Synagogues avoided?

The answers to these heartfelt concerns can be found in the Torah portions we will be reading in the coming weeks. We learn about the enslavement of the Jewish people in Egypt. They were beaten, brutalized, and forced to work in the most inhumane conditions. They were degraded and dehumanized physically and mentally. And yet, the Jews in Egypt refused to be broken, and instead held their heads high.

The Midrash teaches that our ancestors were redeemed from Egypt “in the merit of not changing their names, their language, and style of clothing.” Despite their persecution, their pride as the children of Jacob, as the people of Israel, never waned and did not diminish. They retained their dignity and wore traditional Jewish clothing, spoke the language of their parents, and kept their Jewish names with pride. Their strong
Jewish identity emboldened and strengthened them and led to their redemption from Egypt.

Over the course of all of the expulsions, the Spanish Inquisition, the pogroms, and the Holocaust, our persecutorstried to vigorusly to destroy us; but they could never extinguish the internal Jewish spark and Jewish pride that has miraculously ensured the survival of our people longer than any other nation.

In 1898, Mark Twain famously wrote, “All things are mortal but the Jew; all other forces pass, but he remains. What is the secret of his immortality?”

This is what I keep telling my concerned friends and fellow Jews: Let us emulate our brothers and sisters in Egypt and those who followed them throughout the ages. We will not cower and will not hide who we are. Let us proudly wear our Jewish symbols of pride. A kippah. A Star of David. A pair of tzitzit or tefillin. A mezuzah displayed on the front door. Let us go to synagogue in droves and take our children to Jewish events and celebrations. When we proclaim our happiness as Jews, our children will not be afraid. They, too, will be proud to continue the chain of our people, who have always joyously displayed our Judaism for the world to see.

It warms my heart to see so many open proclamations of Jewish faith and pride on social media and in public. As in the days of Egypt, may the merit of strong, unintimidated, unyielding, and courageous Jewish men, women, and children bring the final redemption.

Parshat Ha’azinu: What is Moses trying to tell us? 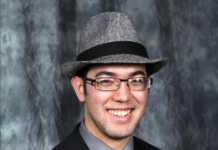