With award season rapidly approaching, it’s time to take a step back to reflect on the impressive litany of films that came out in 2016 revolving around explicitly Jewish themes or that were otherwise directly related to the Tribe.

A Tale of Love and Darkness

Released in the United States this past summer after it premiered at the Cannes Film Festival in May 2015 (at which it was nominated for a Caméra d’Or), Jerusalem-born actress Natalie Portman’s feature film writing and directorial debut brings to the big screen author Amos Oz’s autobiographical novel of the same name. Portman, who is best known for her indelible work in such films as “Leon: The Professional,” “Black Swan” and the “Star Wars” prequel trilogy, chose to present her film entirely in Hebrew, allowing for a deft portrait of an almost surreal period in the time of the Jewish people vying for statehood in Israel.

Another film based on a true story as told by its author and subject, historian and Jewish studies scholar Deborah Lipstadt (who recently spoke with the JT about the film and her speaking engagement at Towson University this past October), “Denial” adapts to the screen Lipstadt’s memoir detailing her intense courtroom embattlement with notorious Holocaust denier David Irving.

The People vs. Fritz Bauer

Short-listed for the upcoming 89th Academy Awards for Best Foreign Language Film (Germany), we have yet again a true-life story of supreme import to the global Jewish community. It’s 1957 and Germany’s Attorney General Fritz Bauer (Burghart Klauﬂner) becomes a crucial component of the takedown of Nazi war criminal and one of the primary organizers of the Holocaust, Adolf Eichmann (Michael Schenk).

Danny Fields was a prime mover and shaker in the ’60s and ’70s music world, “accidentally” promoting the “story” of John Lennon suggesting The Beatles were bigger than Jesus and, later, more or less managing the nascent scene of bohemian rockers who would become the foundation of punk. This biographical documentary on Fields offers an intimate portrait of a man forever seeking out his identity as Jew, gay man and, ultimately, a person desperate for connection.

Based on 1998’s Pulitzer Prize-winning novel by consummate Jewish nebbish Philip Roth, the film unwraps the complex story of Ewan McGregor’s “Swede” Levov, an astounding Jewish athlete and son of a traditionally quirky glove maker whose factory he takes over throughout the course of the proceedings. Coincidentally, McGregor was, like Portman, featured in the “Star Wars” prequel trilogy, with this film being his directorial debut. His Swede is meanwhile torn between the safety of his factory threatened by social unrest- infused riots outside its doors, his progressively wild daughter (Dakota Fanning) and his wife on the fringe of losing her mind (Jennifer Connelly) during the volatile 1960s.

It was originally supposed to be a behind-the-scenes look at the triumphant political campaign of (what would end up becoming) the disgraced New York Congressman Anthony Weiner during his mayoral bid. The documentary ended up being a wildly compelling fly-on-the-wall insider’s view of Weiner’s failure due to his now infamous social media sexual proclivities tainting his political career forevermore.

Loosely based on a series of actual events, “Harry Potter” star Daniel Radcliffe continues to stretch his acting muscle in this eerie character study of a young, idealistic FBI agent (Radcliffe) who goes under deep cover as a skin-headed, budding white supremacist in order to infiltrate a possible terrorist bombing plot. Passionate about his mission, Radcliffe’s Nate Foster finds himself immersed in a scene of virulent anti-Semites and racists, each one more frightening than the next and spouting out a hateful rhetoric often resulting in violent tendencies that threaten both Radcliffe’s cover and life.

Jewish writer, performance artist and singer Laura Albert had it all at the turn of the 21st century: mainstream credibility, the adoration of popular celebrities and an ever-growing luxurious lifestyle based on the fruits of her tireless creative endeavors. The problem? None of it was hers. Technically. This spellbinding “truth is stranger than fiction” documentary from the filmmaker behind indie darling rock docs “The Devil and Daniel Johnston” and “Half Japanese: The Band That Would Be King” attempts a balanced appraisal of what many have since called the fraudulent career of Albert who originally produced her novels and, later, songs under the name of an avatar she created called JT Leroy.

When “Leroy” — a fictional teenage male runaway living on the hinterlands of society — suddenly becomes famous as an author of multiple books, song lyrics and even film work (such as “Good Will Hunting” director Gus Van Sant’s “Elephant”), Albert must devise a means to bring three-dimensional reality to the character she’s invented in order to keep what many believe to be her series of public lies and economic larceny alive in the eyes of the press and mainstream media that had come to find Leroy as a kind of new age hero.

Though it’s not a film per se, it’s worth including this six-part mini-series of a sort by the unflappable Woody Allen who returns once more, this time creating what is essentially his first work in “television” (aka streaming on Amazon.com). Starring Allen, comedy legend Elaine May and millennial pop star provocateur Miley Cyrus, the film sheds light on a disintegrating suburban family in the 1960s disrupted by Cyrus’ wrecking ball entry in a comedy of manners typical of the work of the filmmaking maven … with a televised twist.

Admire him or bemoan him, it’s hard to deny author Philip Roth has had a triumphant year at the movies with his second adaptation hitting the screen in 2016. Written and directed by James Schamus (whose previous writing work includes “The Ice Storm,” “Crouching Tiger, Hidden Dragon” and “Hulk”), the film grants us a typically Roth-ian story of a young Jewish college student played by Logan Lerman (“The Perks of Being a Wallflower,” “Percy Jackson & the Olympians: Lightning Thief”) as he deals with his expanding sense of self, challenging sexual repression and heritage against the backdrop of the Korean War in 1951. 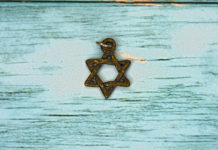 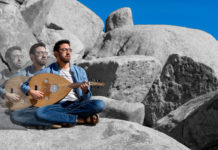