“It is possible that some inmates declare their choice based upon the religious diet program,” he acknowledged.’

While correctional systems do their homework to establish kosher programs, there is an economic side to issues with religious diets and programs. With limited and shrinking budgets due to the economy, a lot of correctional systems are looking to cut costs, and special diets do cost extra money. For example, the Nevada Department of Corrections cut back on the main line and got rid of condiments, including salt and pepper, serve no beverages except powdered milk and often serve soy-based products instead of meat, Friedman said.

Often, food-service purveyors aren’t paid extra for special diets, so they have little incentive to provide them or devote extra resources to them, he said.

While Friedman feels that religious accommodations have improved over time, budget cuts have resulted in less manpower. He said as positions have merged and jobs such as volunteer coordinators have disappeared, chaplains have more paperwork and less time to minister.

In addition to these constraints, inmates also deal with anti-Semitism, more so on the part of the staff than inmates, advocates said. Sometimes corrections officers lack training and education, and because Judaism celebrates a lot of holidays and has many different rituals, some look at accommodations as nuisances. In a lot of institutions, inmates operate with a mentality that they’re all in the situation together, Katz said, which cuts down on anti-Jew sentiment.

Some inmates are so up front and proud of their Judaism that no one messes with them about religion, he added.

Practicing Ritual Behind Bars
For Newman, maintaining religious observance has been an up-and-down battle with some great victories as well as some great defeats. One can only do so much when imprisoned.

“What happens when your home is 8-by-8 [feet] and has a toilet in it and you share it with another person?” Roswell, a teacher with the Goucher Prison Education Partnership, said. “Your home is smaller than the bathroom you had before that.”

Newman has a prayer book and a book of Psalms that is a great source of comfort. She recites her morning prayers every day. Holidays are “a little funky,” she said. Newman works in the prison sew shop, where she makes various uniforms for the State of Maryland, and there are some provisions in place to not work on Jewish holidays. There are times set aside for Shabbat and Jewish study, and Jewish books are available to her.

On Yom Kippur, she has to track down the right prison officials to make sure she can have a meal when the sun goes down to break the fast. That worked out well one year when Yom Kippur fell on Ramadan, and she broke the fast with Muslim inmates, who can only eat when the sun is down during their holy month.

Newman once helped organize a Chanukah event that about 50 inmates attended. She had a guitar at the time and sang Chanukah songs with the participants. Volunteers have come in on another occasions to celebrate the holidays with inmates.

This year on Yom Kippur, Newman volunteered at the prison’s family day, helping with children’s activities. While she was hesitant at first, she checked with Rabbi Rudolph, who said it was fine since she couldn’t go to synagogue.

On Passover this year, a Seder was held. Matzah and grape juice were served, candles were lit, and groups of four shared Seder plates. Eighteen inmates signed up for the meals.

When her mother died in April, Newman was not able to attend the funeral in Philadelphia. And since the mourner’s kaddish can’t be recited solo, Rabbi Rudolph has said it every day for Newman since her mother’s death.

There have been plenty of opportunities for tikkun olam. In addition to helping teach guitar and yoga classes, Newman has helped inmates with GED exams, has given them legal advice — she was a lawyer before her incarceration — and has also taught other Jewish inmates with limited knowledge about the religion. Some inmates have been more engaged than others, she said.

She’s also taken all of the Aleph Institute’s correspondence courses and is enrolled in several college classes that are taught at the prison. While it’s a far cry from the observance Newman practiced on the outside, Judaism has helped her through her time behind bars.

“It’s maybe one of the most positive things I’ve had in this dreadful situation I’m in,” she said.

Two miles from MCIW, a Jewish man who murdered his girlfriend receives visits from a rabbi at the Clifton T. Perkins Hospital, a maximum-security psychiatric facility. The man, who suffers from bipolar disorder with psychotic features, was active in his local Jewish community before his arrest and conviction.

Rabbi Aaron Tendler, a faculty member at Ner Israel, has been visiting Jewish patients at Perkins since 1999.

“I’m not here to judge, God will judge, and these are souls that need human contact, they crave contact with the outside world,” Rabbi Tendler said. “Especially as a rabbi, I’m able to provide them with some spiritual guidance, and I work together with the psychologist to try to rehabilitate them.”

While he has had as many as eight Jewish patients at a time, he said the man he visits now is the only patient who self-identifies as Jewish at the hospital, which has a patient population average of 246, according to Karen Black, spokeswoman for the Maryland Department of Health and Mental Hygiene.

When food was still allowed to be brought in, Rabbi Tendler would bring items from Seven Mile Market, Seder plates for Passover and Rosh Hashanah meals. The visits are part religious, part social. He speaks with the patient about Israel and current events, they study Torah, and Rabbi Tendler answers the man’s questions. The conversations often get deeply intellectual.

“Some of the most philosophical conversations I’ve had are with murderers in jail,” Rabbi Tendler said.

The man Rabbi Tendler visits prays on Friday nights and celebrates holidays by himself to the extent he’s able to.

Discovery and Rediscovery
Incarcerated Jews who were observant prior to their sentences may feel how small the community inside prison is, but advocates and inmates say that many individuals become more religious and interested in Judaism behind bars. They begin to learn what it is to be Jewish.

“I think for Jews in prison, their religion rises to the surface almost immediately,” Newman said.

With resources from the Aleph Institute, and outreach from organizations such as Hillel and Jewish Community Services among others, Newman said she can feel the presence of the Jewish community even in prison.

Those less knowledgeable prisoners often take part in religious activities and talk about Judaism with other Jewish inmates, realizing this group of people will help them get through their incarceration, Friedman said. Their lack of knowledge may lead them to erroneous conclusions and to fuss about things not necessarily part of Jewish ritual. His organization, Jewish Prisoner Services International, tries to prepare prisoners for life in the Jewish community on the outside and teach them how to conduct themselves as members of the Jewish community.

For prisoners, religion serves as a vehicle of reflection and has pieces to help people rebuild themselves.

“People find God in the trenches,” said Ari Israel, executive director of Maryland Hillel at the University of Maryland College Park who has visited prisoners along with his students. “But there is an idea that people have the ability to think through their lives in a different capacity when they lose a lot of their freedoms.”

Newman said Judaism has grounded her and helped her think through situations in ethical manners. She has dug even deeper into the religion, finding elements that have eased her stress, pain and isolation.

“I feel like I’ve lost a big part of myself,” she said. “This being Jewish and remembering Jewish ethics and laws and just Jewish traditions helps me stay connected to the self that I was when I came in here that I don’t actually want to lose.” 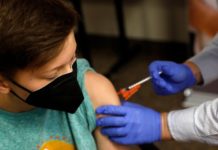 Inspired by COVID vaccines for kids, these rabbis (and their children) wrote prayers 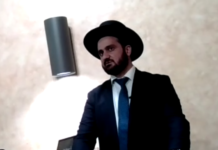 Iran’s chief rabbi: Iran’s Jews are guests in their country 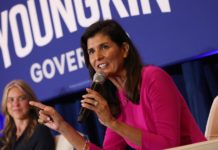