It seemed like a scene out of a novel. Piercing screams. Cries of “Nazi” and “traitor.”

But this clash — a protest that resembled a mini-war — was not out of a Holocaust memoir or even a history textbook. It was the scene last Friday morning at the Western Wall, one of the holiest sites of the Jewish people.

It was Rosh Chodesh, the first of the Hebrew month of Sivan in which God gave the Torah to the Jewish people. It was the first new month since Jerusalem District Court Judge Moshe Sobel ruled that women could pray at the Kotel in a manner they see fit, without police harassment. The ruling held that this included women wearing tallitot and tefillin.

But by 6:40 a.m., ultra-Orthodox Jews had mobbed the Western Wall plaza by the thousands to protest this ruling and the monthly prayer service of the Women of the Wall, which begins each month at 7 a.m. Because haredi Orthodox women had packed the women’s section of the plaza earlier in the morning, Women of the Wall were forced to pray in the back section of the plaza, farther away from the Kotel itself.

In months past, women wearing prayer shawls to the monthly service would be arrested for breaking a law that prohibited any deviation from “local custom” at the Wall. Not so last Friday morning. Police were on hand to protect the women.

As the service started, it was met with an ongoing din of screaming, and shrieks erupted when a woman wearing a tallit tried to push through the mob to reach the service. Police, alternately holding hands or linking arms, held back the crowd while two officers, with difficulty, escorted the woman through.

As the service went on, a crowd of Orthodox men tried to push through the police barricade several times. Soon, the men began throwing cups of water and coffee at police and journalists. When they could, they threw them at the women praying. One protester threw a chair.

“The angry crowd could not drown out our songs or joy,” said Anat Hoffman, executive director of the Israel Religious Action Center, in an email to her supporters on Sunday.

Beth Tfiloh Dahan Community School’s Rabbi Aaron Frank was there. He told the JT that when he awoke that morning to join a friend for the Rosh Chodesh prayer service at the Kotel he never could have imagined the scene that was to unfold. He described it as “the worst day I had ever seen at the Kotel — and the best.”

As he watched the protest unfold and the media approach the Kotel, he said he came to the realization that this scene of ultra-Orthodox men protesting in such a vulgar way would be seen worldwide. He pushed his way to the front, motivated to step up to tell those covering the event that this is not the way that Jews express disagreement, but rather “it is a way that reflects sinat chinam, baseless hatred, disunity of our people — a violation of the basic foundations of Jewish civility.”

As he pushed his way forward, he said, he was called names, was yelled at and was the object of jeering. The protesters called him the pope, they equated him to a Nazi. But Rabbi Frank stood his ground. He told one reporter from the Reuters news agency that this would not happen in America. In Baltimore, he said, there are probably many who identify with the haredim in their opposition to the Women of the Wall, “but no one would agree with this type of discourse.”

In Israel, the majority don’t agree with it either.

The service came one week after a poll was released by the Israel Democracy Institute and Tel Aviv University, which showed that as of April 30, 48 percent of Israeli Jews backed the Women of the Wall, while 38 percent did not. After the court ruling that the women were not breaking with “local custom,” that number spiked. Support for Women of the Wall grew to 56 percent.

Professor Tamar Hermann, acad-emic director of the IDI, told the JT that after last Friday’s protest it is likely the percentage will spike further. And, it will certainly lead to heightened dialogue in the Jewish state.

“Overall, the question is to what extent should the Orthodox interpretation be the only acceptable one by the state and by society,” said Hermann. “The ultra-Orthodox are trying to maintain dominance in the realm of Judaism is general — conversion, marriage, other aspects of people’s personal Jewish lives. This [the Wall] is only one aspect of it, and I wouldn’t say it is the most important thing.”

Hermann did say that the average Israeli is “pretty conservative,” meaning Israelis prefer not to challengereligious customs. She said even secular Israelis are not passionately in favor of women putting on tallitot or tefillin.

“Were this situation not part of the wider debate, they might not have gotten the high level of support that they got,” said Hermann.

“There are questions, discussions that need to be had. The Kotel belongs to Am Yisrael [the nation of Israel]. What are the boundaries? There are questions of when, how, who — it will be an intense discussion. And the answers will come from people wiser and with more experience than I,” he said. “But kol hakavodto the Israeli government which is struggling with this issue, understanding that it cuts to the core of the fabric of our Jewish peoplehood. … It happened in the South of the civil rights movement, and it is happening in our homeland.”

That evening, Rabbi Frank, who was a chaperone on the Beth Tfiloh senior trip to Israel, brought his students to the Western Wall for Kabbalat Shabbat. He said that evening, coupled with the morning’s events, took him from sadness to hope.

“As has happened so many times, the BT teens uplifted me,” the rabbi said. “They came down to the Kotel and once again, there were thousands, but tonight the teens and I drowned in the love of a mass of Israeli soldiers, Bnei Akiva students and Birthright participants singing Am Yisrael Chai at the top of their lungs.”

As the sun began to set, and as the tefila went on, this diverse group of the Class of 2013, some observant, some not, some first-time visitors of Israel, some not, hugged and danced and sharedsiddurim and opened their arms, their hearts. These students and the mass of others at the Wall, recalled Rabbi Frank, overflowed the Kotel with a love of Hashem and of Am Yisrael. And while that story was not on the evening news or on blogs or on Facebook, it is that story that won the day for Rabbi Frank.

Added Rabbi Frank: “As I reflect on this most powerful Kotel day in a life where I have been blessed to visit the Kotel many, many times, I realize that maybe, just maybe, we are seeing an Israel that is slowly going to open the religious doors to a wider spectrum of Jewish religious expression.” 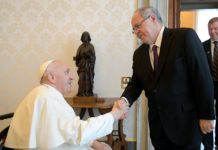 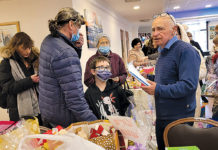 Ukrainians welcomed in Israel with kittens and paperwork