Menachem Mendel Schneerson died 26 years ago on June 12. Known as the Lubavitcher Rebbe, he was a Russian Orthodox Jewish rabbi and leader of the Chabad-Lubavitch movement. His story is an account of resilience. His legacy is a worldwide community. His yahrzeit is a time for deep spiritual reflection.

Chabad of Park Heights’ Rabbi Elchonon Lisbon led an online event June 25 called Sparks of Wisdom to mark the yahrzeit. The event was held for ten communities on the East Coast and in Canada. Lisbon said they looked at the teachings of the Lubavitcher Rebbe and how he changed people’s lives. The workshop included inspirational speakers, teaching, and music.

“The takeaway from this day is [that] the Rebbe’s legacy is eternal. He’s caused so much good, that we can all learn from. And [we want] to dedicate ourselves on the anniversary of his passing to study more,” said Lisbon. He carries around booklets of the rabbi’s 10 major ideas for those interested.

Sparks of Wisdom served as a placeholder for what would have usually been a traditional large gathering, where rabbis from local Chabad would gather to talk, sing, and chat.

He was one of the event’s speakers, as well as an organizer for a separate online event with communities in Russia, Israel, and Europe.

“I strongly believe if there’s one important lesson to learn from this entire pandemic experience, it’s that we learn to value personal presence as opposed to electronic communication,” Belinsky said. “People were using electronic communications more and more, and people started thinking it could replace live conversations. But I think people see now the value of personal connections and that online platforms cannot replace talking face to face.”

Belinsky is sad that an in-person event wasn’t possible this year, where he could have been present with like-minded people and felt the atmosphere of the room. However, he sees the benefits of this online event. “The fact that we are doing it online draws more people because we can break geographic boundaries,” he noted.

Belinsky hopes that people will reflect on faith during the yahrzeit. 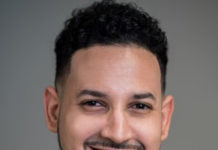 Inside the mind of Justin Fair