A king walks with his son from afar towards home. Along the way, the father tells the child of all the places where they slept. Different places are remembered either by their name or by some memorable event that occurred during that stay along the journey.

Rashi, the great 11th Century commentator, shares this Midrash (originally from Tanhuma) when discussing Numbers 33. Numbers 33 is the first chapter found in the second portion, Mase’ei, of this week’s double portion.

If that journey seems ancient and distant, imagine the mother who sends her daughter off to college. Before leaving, the mother stops at AAA. There she picks up her pre-ordered Triptik, that analog GPS map-sized booklet that many used to use when traveling across the country. Each page would show a different stretch of highway, different towns and places to stop. If that also seems ancient, I would observe that AAA still offers Triptiks, either in analog or digital form.

Numbers 33 doesn’t seem to present the tenderness of a parent traveling with a child, either toward home or off on a new adventure. This chapter, nearing the end of the Israelite’s 40-year journey through the wilderness, lists the 42 stops along that journey. Many have referred to the stops as “stations,” which to my modern ears evokes the gas stations that our modern summer drives include. Even those driving electric cars will likely need to stop at stations to power up.

Rashi precedes the Midrash by suggesting that we get this Triptik of Israel’s stops specifically because God is tenderly expressing to the Jews the history of the journey from Egypt to the Land of Israel.

Neither Torah nor AAA, not to overly-equate the two, are just lists of stops and pathways. Numbers 33 is not the only chapter in the Torah, because all the mitzvot and other narratives are crucial. Without them, we wouldn’t have Judaism, a foundation upon to build our lives and reach for the holy.

Rabbi Shai Held ends a commentary on this chapter stating: “Numbers 33 lists 42 places, some of them eminently forgettable, to teach a subtle but critical lesson: We can know God and serve God at every stop along our way.” Held is expressing his understanding that this list of stations is not just a map, but rather an expression of how humans can serve God along life’s path.

A modern map or our phone’s GPS can similarly be seen as just a guide for physical direction. However, those modern instruments can also be reminders of what should occur along the journey, be it 40 minutes, 40 hours or 40 years. Each leg we follow and each overnight in which we share, are opportunities to engage in caring, in learning and in connecting to those with whom we share our lives.

Each of those moments is a chance to reach for holiness in our life’s journey. 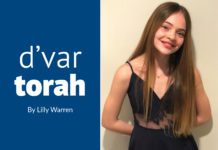 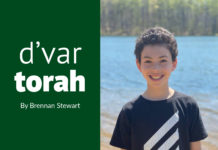