One barely has to read past the first paragraph of “Culture Shock,” a memoir by Pikesville native Elana Rubin, to know that the story will follow an American middle-school-aged girl on her way to live in Israel for 12 months. What might surprise some is how recently the author’s trip took place.

The essays in Elana’s memoir, released earlier this year, contain prose that at once displays the coherence of a novelist — attention to small details that add up to a larger cohesive message — and the restraint of a poet — big ideas in succinct sentences. The subject matter is a bit of a sprawl offering thoughtful insights on everything from the raw emotions Rubin felt during her year in Israel, to a detailed family history, to Jewish history itself. The methodical and practiced prose could easily be that of an author in her mid-30s.

Elana, 18, a freshman at Johns Hopkins University, is not a novice when it comes to writing. She says she was around 7 years old when she started “keeping notebooks filled with poetry.” When she was in eighth grade at Krieger Schechter Day School, she applied to attend the George Washington Carver Center for the Arts. “Culture Shock” was her senior project.

“What really inspired this book was Tim O’Brien’s ‘The Things They Carried.’ I really liked his format, the way he looked at things from different angles,” she said of his stories that masterfully blur the lines of fiction and truth. She also credited the essays of E.B. White and Joan Didion as major influences on her book.

In addition to taking five classes at Johns Hopkins, Elana is a member of the university’s literary magazine, sings in a Jewish a cappella group and is a part-time Zumba instructor. Still, writing remains a priority. At Hopkins, Rubin is majoring in writing seminars with a concentration on fiction. Although she is a skilled memoirist, she considers her primary goal to become a novelist. “I’m a little sick of writing about myself,” she said with a laugh.

The year that Elana’s family — her father Avi, mother Ann and twin siblings Benny and Tamara (now 15) — spent in Tel Aviv serves as the narrative focal point of “Culture Shock.” Her father is a professor of computer science at Johns Hopkins. The move, during Elana’s sixth grade year, was part of a sabbatical that her father said fulfilled one of his lifelongdreams. Elana’s transition was a bit harder.

“She was at a difficult age for a trip like that,” Avi said. “The silver lining is that it gave her the inspiration to write a tremendous book, and we’re really proud of her for the way it came out.” Like any confessional memoir, “Culture Shock” portrays Rubin’s reality, and sometimes reality can hurt. In sections of the book, Rubin details disagreements she has not only with her faith, but also with her parents. Her father feels, however painful, those details were necessary for his daughter’s book.

“There were some sections that my wife and I would’ve preferred had less detail, but Elana always has to be true to her story, and it just would not have been her if she had omitted those details,” Avi Rubin said. “At the end of the day, Elana poured out her heart into the book, and that’s what I think makes it so great.”

These days, Rubin considers herself a Conservative Jew, making it to synagogue at least every major holiday, but sometimes more often. She describes her connection to Judaism as cultural.

“I practice out of respect for my ancestors,” she said. That same respect is evident in her writing. Entire chapters of “Culture Shock” give vivid accounts of her family history, including the immigration of her Russian great- grandfather, whose “genius was wasted,” said Rubin, for the many sacrifices he endured making it to Brooklyn, N.Y.

Alice Garten, who mentored Rubin during the writing of this book, said she was a pleasure to work with.

“[She was] always very positive about writing and rewriting in order to improve her skills as a writer and produce a book that would resonate with a diverse audience,” Garten said. “Anyone who has felt the struggle of belonging to a community will be able to relate to Elana’s experiences.”

While there’s hardly a page without a mention of Judaism, Rubin says she feels her book will appeal to Jews and non-Jews alike. “Culture Shock” is most certainly about religion, but it is in equal parts about family history, learning to face contradictions and the pains of growing up.

“If I learned anything during this process, it is that nothing is black and white. Everything is complicated,” Elana said. “We are taught with Judaism that things naturally contradict each other. But when you find meaning in that, that’s when you figure out [the best ways] to practice.” 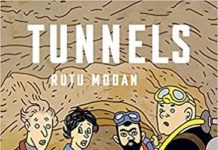