“The most famous memories that I have is just all my customers and regular customers and the people that have come in — that’s what I cherish the most,” said Scott Reich, owner of Jilly’s Bar & Grill.

“I’ve had people come in from Gov. [William] Schaefer, to football players, to baseball players, to just regular people that come in off the street,” Reich said. “And that’s what makes Jilly’s Jilly’s.”

On Oct. 28, Jilly’s collapsed after a fire in the early hours of the morning. Investigators allege the fire was arson.

One Jilly’s customer and Reisterstown resident, Mark J. Gross, called the restaurant a “staple in Baltimore County.” Gross frequented the restaurant for 15 years, from the late 1980s to the early 2000s.

“I just would get together with friends, old and new, and we’d have a beer or some [food] at Jilly’s,” he said. “It was just always that cool corner place to go.”

Gross remembered going to Jilly’s with his crew of friends to celebrate birthdays or just to enjoy the atmosphere. Though he had not visited the eatery in some time, he recalled the presence of a jukebox and walls adorned with memorabilia and a tangible, upbeat atmosphere.

Gross also felt Jilly’s location made it a convenient place to get food. “It was right there, on the corner, so literally wherever you were in Pikesville, you could just walk in.”

Reich said the support from the community since the fire has been “absolutely overwhelming.”

“People [are] just coming over and just saying that they were sorry and asking if they could do anything,” he said. “And we just appreciate that. Our customers are the greatest customers in the world.”

Though he could not at present talk about a timetable, and though he acknowledged the challenges the pandemic continues to present, Reich stated his eagerness to reopen Jilly’s as soon as possible. 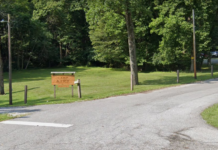 Here is part 2 of the Best of Jewish Baltimore 2022