When he was asked to write and direct a documentary about the accomplishments of Dr. George Berci, L. Michael Brunt, a professor of surgery at Washington University in St. Louis, knew Dr. Berci was a remarkable man. But it was only once he began to delve into the then-90-year-old surgeon’s life and the details of his medical career that he realized just how remarkable.

“I have known George for 20 years, but until I began working on the film, I really didn’t know about his history, and I didn’t fully appreciate the extent of his contributions,” said Brunt. “We wouldn’t be where we are today without his contributions.”

“George Berci: Trials, Triumphs, Innovations” was commissioned by SAGES (Society of American Gastrointestinal Endoscopic Surgeons) and the SAGES Foundation in 2012, shortly after Dr. Berci received the prestigious 2011 Jacobson Innovation Award “in recognition of his pioneering contributions to the art and science of endoscopy and laparoscopy for more than 50 years.” The film features archival footage, interviews with Dr. Berci and his wife, Barbara, and many surgeons whose work has been impacted by the doctor’s innovations.

According to the American College of Surgeons, Dr. Berci’s work has included the development — or promoted the development — of advances in optics, illumination, television application, instrumentation, operative radiology and anesthesiology, resulting in the high level of technology that is available for the performance of a variety of endoscopic and laparoscopic surgical procedures.

In other words, the technological innovations Dr. Berci brought to the surgical community, enabled patients to have knee, abdominal, gynecological, urological and respiratory procedures without “going under the knife,” resulting in less pain, less blood loss and shorter hospital stays and recovery times.

As Brunt’s film illustrates, Dr. Berci’s accomplishments aren’t limited to his distinguished medical achievements. In conversations with Dr. Berci and his wife, the screenwriter/director learned about Dr. Berci’s early life and the challenges and hardships he faced at the hands of the Nazis.

Different And Isolated
Dr. Berci was born in Szeged, Hungary in 1921. At 2, his family moved to Vienna, where his father was hired as assistant conductor of the Vienna Philharmonic Symphony. Dr. Berci began studying the violin by age 3 or 4, and he quickly showed signs of giftedness. Music, said Dr. Berci, was his first love.

“When I started high school in Vienna, I had a little group of friends; I played soccer,” Dr. Berci recalled. “But I knew what was going on from the newspapers. Suddenly, I had to sit in the back of the bus. From one day to the next, I lost my friends. I was 13 years old, and I had this problem. We were different and isolated.”
By 1936, growing anti-Semitism in Austria drew the family back to Hungary. Yet, when they returned, the Bercis found that anti-Semitism was also increasing in Hungary. Unable to enroll in a public high school because of his religion, Dr. Berci managed to gain acceptance to a private Jewish high school. He washed cars to pay tuition.
“I came from a poor family, and that made an impact on my mentality,” Dr. Berci said. “We were poor because of the political situation. Fortunately, the younger generation today doesn’t know what it is to be hungry. These are the aspects that have formed my personality.”

Dr. Berci graduated from high school in 1939. He wanted to go to medical school but was not admitted due to the university’s restrictions on Jews. Instead, Dr. Berci obtained a position as an apprentice in an electrical shop. After a year, he began working as a mechanical engineer. The skills he acquired during those years would serve him well in his medical career.

In 1940, Dr. Berci’s uncle was conscripted to a labor camp in Eastern Europe. The doctor believes he was killed there and buried in a mass grave near Kiev. In 1942, Dr. Berci himself was sent to a labor camp. Conditions were bitterly cold, and food and medical services were scarce. The doctor watched many of his fellow unit members die from illness or by murder. Two years later, Dr. Berci and the remaining members of his unit were sent to Poland, where they were forced to unload explosives for the Germans.

In 1944, with Russian soldiers closing in and the war near its end, the Germans determined the Jewish laborers’ services were no longer needed. Dr. Berci and the other Jewish workers were transported back to Budapest and put on trains headed for Auschwitz and Birkenau.

As it turned out, a mechanical failure forced the Germans to leave Dr. Berci’s train car behind. In June, 1944, during an American air raid over Budapest, the guards for the doctor’s unit disappeared. He and the other passengers in his car escaped.
“The first thing I did was remove my yellow armband,” Dr. Berci recalled.
Soon after, Dr. Berci was unexpectedly reunited with his mother. During that period, he also joined the Hungarian Underground.

“At that time, life wasn’t worth a penny. We had seen so many friends killed, we became very fatalistic,” he said.

In January 1945, the Russians liberated Budapest.

In the years following the end of the war, Dr. Berci and others in Eastern Europe were disappointed to find that not much was changing. Although they were free from the Nazis, the Russians, they soon discovered, were also dictators. In Budapest, and throughout Europe, people were starving.

Despite the grim political situation, Dr. Berci had hopes of studying music at the academy in Budapest.

“I wanted to become a conductor, but I had a Jewish mother; she decided I would be a doctor,” said Dr. Berci with a laugh.

Dr. Berci attended medical school at the University of Szeged, receiving his degree in 1950. He began his surgical residency, but his tenure was cut short when he was falsely accused of communist activities. When it was proven that the charges were untrue, Dr. Berci was hired for another position through which he helped to establish an experimental surgery division at the Department of Surgery, Postgraduate Medical School in Budapest. He was there when the Hungarian Revolution began, and he and fellow physicians treated hundreds of severely wounded protesters.

“It is a terrible memory. It was clear — I had to leave Hungary,” he said.

As the revolution raged, Dr. Berci escaped Hungary and traveled to Vienna, where he was awarded a postdoctoral Rockefeller Foundation fellowship.

In 1957, Dr. Berci immigrated to Australia. He spoke no English, had no job and was armed only with an award letter from the Rockefeller Foundation.  Purely by chance, Dr. Berci met a fellow Hungarian who brought him to the University of Melbourne, where professor Maurice Ewing hired him as a lab technician.

“In Australia, they were nice, but I was a foreigner; they call us ‘bloody foreigners.’ It was a British colony at the time, and they had a white-race policy,” Dr. Berci said. “It was a difficult couple of years. I had the fellowship, and they gave me six months to get established.”

Although he didn’t feel quite at home in Melbourne, Dr. Berci’s career took off. His studies at the University of Melbourne marked the beginning of his pioneering work in endoscopy. While on staff at the University of Melbourne, Dr. Berci traveled to London, where he met professor Harold Hopkins, a well-known physicist and professor of applied optics. Dr. Berci helped to launch the Hopkins rod-lens system for the transmission of images to improve the quality of endoscopic imaging.

Although retired from surgical practice, Dr. Berci, the hospital’s senior
director of the Endoscopic Research Laboratory, continues to teach, write and research. A renowned lecturer, he has led hundreds of seminars, courses, training sessions, conferences, teleconferences and meetings.  He has written 12 books, more than 200 scientific papers, 76 book chapters and has produced nearly 42 teaching films.

Dr. Berci was a founding member of the International Biliary Association and is a past president of SAGES. Additionally, his professional accomplishments inspired the creation of the SAGES George Berci Lifetime Achievement Award in Endoscopic Surgery.

“Dr. Berci’s resourcefulness in overcoming the many trials in his life is truly unique,” said Brunt. “And it would have been easy enough just to be a surgeon, but he’s also incredibly warm; he has a wonderful sense of humor. He’s still involved. He goes to work every day. This film will ensure the story and legacy will be there for future generations and for the surgical community.”

As for Dr. Berci, 92, he believes he has spent the last 50 years just doing his duty.
“If you are a doctor and you have something that can help, you must share it,” he said. “I was not into making money; I was above water, bringing up my kids and teaching. I was the guy who discharged a patient and then called him at home. Caring about patients is No. 1.”

Despite his harrowing war experiences, Dr. Berci said he hasn’t lost faith.
“I understand the other side [why others may have lost faith] though,” he admitted. “When you see your friends shot …”

Dr. Berci and his wife are active in their synagogue and in the Jewish community. He cautions others not to forget what Holocaust victims experienced.

“Try to explain to future generations those catastrophic events. Try to create a mentality so this can be avoided in the future,” he said. 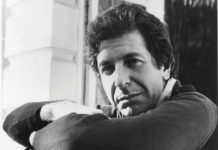