Lois Rosenfield, who led the Baltimore chapter of the American Jewish Committee for 40 years, is in all respects an icon, reflecting the indefatigable work on behalf of the Jewish community in Baltimore and of her consistent efforts to build bridges across different communities.

In a recent interview conducted at her home, Rosenfield, 83 and a resident of Baltimore County, displayed the openness and welcoming spirit that characterized her work at AJC, as well as her engagement in volunteer activities over the years.

At age 29, Rosenfield became the youngest president of the National Council of Jewish Women, Baltimore Section. She completed her two-year term in 1971 and went on to accept the role of director with AJC at the invitation of Rabbi Martin S. Weiner, at the time senior rabbi of Temple Oheb Shalom in Baltimore and about to be named chairman of the AJC Baltimore Chapter.

In a manuscript detailing her lifelong work, Rosenfield highlights the issues of the day in the early 1970s, among them the energy crisis and its consequences in the Middle East; Israel’s security; Soviet Jewry; interfaith and ethnic connections; discrimination in the executive suites of Baltimore’s banking and insurance companies; the changing role of women and the Jewish family; and Jewish education.

AJC was instrumental in sponsoring and coordinating Christian-Jewish dialogue at the request of Rabbi Jacob B. Angus, then of Beth El Congregation in Pikesville, and Father C.S. Mann, dean of the Ecumenical Institute at St. Mary’s Seminary in Baltimore.

Rosenfield credits her success in building programs and community connections to the mentors who guided her and the committed staff who worked alongside her.

She especially credits Eileen Weller, her secretary at AJC, with the “dedication and support” to pull the list of clergy together and follow through with invitations for them to attend the Christian-Jewish dialogue. Weller was Catholic and, shared Rosenfield, “her concerns for civil rights, equal opportunity, interreligious and intergroup harmony in which diverse religions, cultures and traditions could flourish mirrored those of AJC.”

Among her mentors, she counts Rabbi Marc Tanenbaum, director of international affairs of AJC’s national offices, and a fierce advocate for human rights and social justice in the early 1980s. Tanenbaum became a friend, said Rosenfield, adding that “he was a great teacher with a gift for speeches that were mesmerizing.”

Rosenfield became involved with the Salvation Army at the time when Soviet Jewish refugees came to Baltimore and AJC worked closely with The Associated: Jewish Federation of Baltimore in the 1970s and early 1980s. She recalled reaching out to the Salvation Army looking for furniture and getting the personal assistance of the then major who himself rode in the truck, helping AJC to deliver furniture to families as they settled in their new homes.

She would eventually become chair of the advisory board of the Salvation Army, where she continues to volunteer. As chair, Rosenfield led an $8 million capital campaign helping to expand the organization’s homeless shelter. Along those lines, she said: “Need has no religion.”

Rosenfield’s husband, Mark, passed away 11 years ago. She has two sons, Jimmy and Stuart; two daughters-in-law she describes as wonderful, Laura and Vicki; and three grandchildren, Emily, Will and Denny.

Rosenfield helped create a day-care program and parenting center at Towson State College, now Towson University. Through her volunteer work with NCJW, she helped establish “Groceries NCJW” providing weekly groceries to families and individuals in need. She also served as chair of the College of Fine Arts and Communication at Towson University; she chaired the Baltimore Jewish Leaders Assembly and served on the board of ACHARAI: The Shoshana S. Cardin Leadership Development Institute; and was a Trustee of then Baltimore Hebrew University. She was president of Baltimore Hebrew Congregation, to which she has belonged since she was a child.

Asked about the inspiration behind her indefatigable commitment to community across faith and ethnicity, Rosenfield replied: “My father had a drugstore in Park Heights, on Reisterstown Road and Virginia Avenue, and as a child, I saw him work every single day. I also saw my mother, who valued the humanity in all people, work alongside him. I witnessed my father’s generosity with everyone he met — whether adding a Hershey’s chocolate bar to a customer’s bag, or whether making donations to the carnival and bingo of St. Ambrose Church in Park Heights. From him, I learned to give, and to do so without question.” 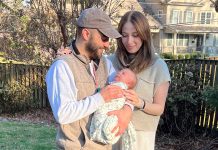 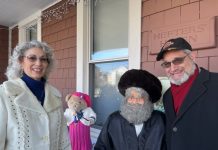 Rejuvenating the Chanukah House with David and Wendy Hefter