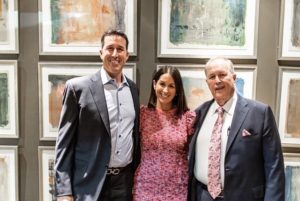 The summer of 2022 promises to be an especially busy one for Nefesh B’Nefesh (NBN), which celebrates its 20th anniversary this year. It is set to bring over 2,000 Olim (new immigrants) to Israel, including a special charter flight with 225 people eager to start their new lives this week, including the organization’s 75,000th oleh!

Making such an undertaking a reality is no easy feat, which is why the Heidi Rothberg flight has three co-sponsors: Heidi Rothberg of Ireland, Dr. Susan and Robert Grossman of New Jersey, as well as Lou Cohen, a Baltimore-based luxury car dealer and businessman. While Cohen has not been to Israel recently, he is a strong supporter of Jewish State, particularly through water development initiatives through Jewish National Fund-USA, a strategic partner of Nefesh B’Nefesh.

Freedman added that Cohen has been instrumental in fostering a chain reaction of positive engagement with Israel through his philanthropy and connections. “Lou Cohen’s generosity does not represent a one-time or episodic event, rather it is an opportunity for impact in ongoing investment – and the dividends are in people. He is nourishing Israel by enabling more people to come to it, as well as through his support for water development initiatives. He is creating a living bridge between Baltimore and Israel, through relationships and human connection,” Freedman added.

After the flight there will be a reception in Israel honoring Lou, and his children, Alison and Mark Cohen, with thought-leaders, educators and young innovators in attendance from Maryland in general and Baltimore specifically. The reception will take place in a room dedicated to Dr. Mort Mower, a friend of Cohen and a well-known Baltimore philanthropist. “We want to recognize this collaboration and joint vision, the dedication to Jewish National Fund and Nefesh B’Nefesh and acknowledge a legacy gift that will keep on giving to the State of Israel.”

NBN’s Vice President of PR & Communications, Yael Katsman, observed that as the world of work seems to have changed, more people are taking advantage of employment options that include hybrid or remote working, which helps to partly explain the renewed increase in Aliyah.

“NBN is a kind of startup for the Aliyah movement,” Freedman said. “We rebuilt the model and became much more customer service-centric… we took the approach of ‘What are Israel’s acute national needs and how can our North American Olim be solution providers for growth and development.”

The proof of the efficacy of this approach is that NBN has a more than 90 percent retention rate. Part of that is down to the organization itself and the support it provides, but NBN’s Olim become ambassadors for others, encouraging them to make their lives anew in Israel – and it is the generosity of benefactors such as Lou Cohen that enables them to do so. 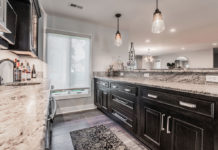 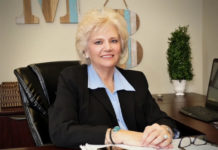