Ben Jaffe practically learned how to crawl and walk at Preservation Hall.

The legendary New Orleans venue, located in the city’s French Quarter, was transformed into an integrated jazz club in 1961 by Jaffe’s parents, Allan and Sandra Jaffe. The couple was instrumental in putting the first form of the Preservation Hall Jazz Band on the road using musicians who frequented the venue.

“Some of my earliest memories were being on the road with the Preservation Hall Band,” Ben Jaffe, 42, said. He was raised blocks away from the venue and has very early childhood memories of being in Alaska, Hawaii and Japan with the band.

“You grow up and literally everybody you know and everything you do revolves around music,” he said.

“The music we’re playing today is directly connected by blood and DNA to the original pioneers of jazz,” he said.

Baltimore attendees can expect a mix of New Orleans jazz staples but may also hear some songs they don’t recognize as standards. That’s because in July, the band, which has been in existence for 50 years, released its first album of completely original material.

“That’s It!” was co-produced by Jaffe and Jim James of My Morning Jacket. Jaffe said when he first met James in 2009, when the singer and guitarist contributed vocals to another Preservation Hall Jazz Band record, the two of them immediately had an unspoken connection.

“Jim, over time, became the fifth Beatle or whatever you call it,” Jaffe said. “He became a part of the band, and he took us out on the road with My Morning Jacket.”

One night backstage, the two were talking about James working on an album with the band, and he asked Jaffe if the band had any original compositions. When Jaffe shrugged his shoulders, James just said, “Hmm,” and walked away. The band would later accept that challenge.

“To him, as a writer of music, it’s so obvious, but as a member of a community that is based on repertoire songs that have been handed down to us, it’s not so obvious that we would even consider that,” Jaffe said. “I just felt like in that one moment, in that 10 seconds it took him to say that, it changed our lives.”

Jaffe described the writing process as daunting and intimidating but rewarding and exhilarating, and said with the help of James’ inspiration and production, the record captured the band’s essence. He saw the original music as part of the band’s responsibility.

Hurricane Katrina, which forced Preservation Hall to close for a few months for repairs in 2005, got Jaffe thinking about his band’s catalog and its responsibilities as a cultural institution.

“That’s part of our mission, not only to protect our traditions, but to honor them and to create new traditions,” he said.

Jaffe, who came on as creative director immediately after graduating from Oberlin College in 1993, takes that job and responsibility seriously and personally. As creative director, a separate position from band leader, it is Jaffe’s job to push the band’s creative boundaries and turn its musical wishes into realities.

To ensure the music would continue to resonate throughout the generations, he brought the band to new audiences, playing music festivals such as Bonnaroo and Coachella and collaborating with artists such as Tom Waits, Dr. John and the Del McCoury Band.

He also created the Preservation Hall Outreach Program, something his father, who passed away in 1987, wanted to do but never got around to. The program allows the band to directly pass its traditions on through a junior jazz band, bringing younger audiences to the hall, going into schools while on tour and giving lessons and master classes.

But jazz isn’t the only tradition Jaffe hopes to pass on to the next generation. He and his brother were both raised in synagogue, had bar mitzvahs and grew up celebrating the Jewish holidays.

“They have Jewish jazz services in New Orleans around Jazz Fest,” Jaffe said. “There are a lot of Jewish musicians in New Orleans, and [jazz] definitely finds its way into the community.”

He notes that Jews, in New Orleans and beyond, have always been involved with music as writers, performers, producers and venue operators among other capacities.

“We spent a lot of our time at churches playing for different functions,” he said. “I think in New Orleans, it was just a natural extension of [my parents’] Jewishness [by them] becoming involved in the African-American community.”

While Jaffe is not a strict religious Jew, he said he’s been thinking about religion a lot more now that he and wife Sarah have a 1 1/2-year-old daughter. The time he spent at synagogue, the Jewish Community Center and at Jewish summer camp during his childhood helped him become the person he is today.

“Those are experiences I want to be able to give my daughter,” he said. “I want to give her a sense of identity and purpose, and I think Judaism gave me that.” 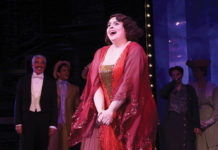 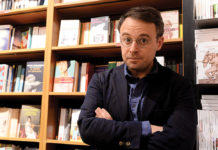