Opportunities for senior citizens to continue their education provide valuable platforms to engage with their peers and to hone facets of their intellect and memory. It’s no secret that keeping one’s mind sharp is essential to both mental and physical well-being.

That’s exactly the aim of a class offered at Weinberg Village in Owings Mills called “Memory through Movement.” Gayle Newman, director of activities at Weinberg, explained that it’s essentially a ballet class.

“It is good because seniors have to memorize choreography in order to dance, and remembering the order of the steps helps improve memory,” said Newman. In addition to helping with mental health, the class also provides seniors with an opportunity to be active. Newman said that a number of residents with Parkinson’s have seen their symptoms improve through the class as well. Weinberg Village caters to approximately 500 seniors with an average age of 82, she said.

“One of the biggest things for seniors is to not be alone,” Newman said. “So classes allow them to socialize through the things they enjoy such as discussion groups on current events,” she said. “Age is just a number, and that doesn’t mean they still can’t learn. It is great for grandchildren to see that their grandparents are active and learning; and for those in their 50s, to see that seniors are still vibrant learners makes them less afraid to grow older.”

Newman said that there really is no limit to learning, citing that some groups of seniors write and put on plays. A number of residents are learning how to speak Russian because there are a lot of Russian residents at Weinberg.

The Osher Lifelong Learning Institute at Towson University is also an invaluable resource for seniors who wish to continue their education. With an organized curriculum, Osher offers four- and eight-week courses in a variety of fields such as fine arts, social sciences and natural sciences.

Older students appreciate the highly academic nature of the course offerings, many of which are taught by current and retired college professors, according to Jacqueline Gratz, director of Osher.

One of the most popular courses is called “Rock ‘n’ Roll, Race and Society.” Taught by Daryl Davis, a black blues musician known for creating a controversial documentary in which he befriended members of the Klu Klux Klan, the course studies how rock ‘n’ roll helped to break the color barrier between white and black communities and paved the way to abolishing many Jim Crow laws in the South. Another popular course is “Capitalism and its Critics,” taught by Maryland Institute Collage of Art professor Firmin DeBrabander.

“During the summer, we offer ‘Summer Nights on Park Heights,’ which are current event discussions with a Jewish twist,” said Brad Cohen, director of education at Baltimore Hebrew Congregation. During the year, the congregation offers a number of public classes such as basic Hebrew.

“The way we view Jewish education is that it doesn’t stop when you become a b’nai mitzvah,” said Cohen. “We are always looking for a different way to help people connect to their Judaism, and for some people, education is that way.”

The local JCCs also offer a number of classes. Lara Nicholson, director of Shalom Baltimore and interfaith engagement at the JCC of Greater Baltimore, shared that in the fall, a program called “Connect with Your Interfaith Family” will be offered, which will target grandparents and the parents of adult children in interfaith relationships.

Melissa Seltzer, the JCC’s director of arts and culture education and adult programming, explained that educational opportunities for seniors at the JCC are split into three categories: expressing your creative side; improving your health; and making social connections.

“We really believe in lifelong learning,” she said. “It is great when you get to a certain age and might no longer be working and children are not in the house, because you become your first priority.

On the creative side, there are courses offered in painting and ceramics. Alyson Bonavoglia, director of the William and Irene Weinberg Family Baltimore Jewish Film Festival and special projects at the Gordon Center, said that in the fall, film classes will be offered again following two well-attended classes last year, each of which were led by professors from Johns Hopkins University.

Courses such as yoga, Zumba and water aerobics are offered as fitness options, and a number of programs are also in place to help seniors socialize. Senior Drop In, which takes place three Wednesdays a month, provides seniors with the opportunity to participate in conversation and activities at the JCC, and Warm Houses provides similar opportunities to congregate within individuals’ homes.

“Often for seniors, this is a time in their lives where they are saying goodbye to a lot of things, be it their home or driving or friends,” said Seltzer, “but arts give them the opportunity to create. You can revisit subjects that you were passionate about when you were younger or you can learn something new. When you are a retired, you have the time to dive into something fully and invest in learning.” 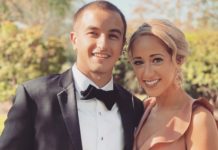 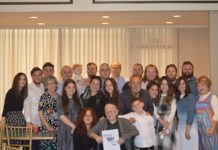