When Barry Bogage became the first executive director of the Maryland Israel Development Center, he accepted the task of working toward economic growth and job creation in both Maryland and Israel, a task that, in a world still enveloped in the shutdowns and furloughs of the COVID-19 era, may be more crucial than ever.

Bogage, 63, grew up in Pikesville and is now a resident of Columbia. He is not currently a member of a synagogue, but he attended Baltimore Hebrew Congregation during his youth, where he had his bar mitzvah. He studied political science and international relations at the University of Maryland, College Park, and took part in an exchange program with Tel Aviv University during his sophomore year that focused on Middle East and Israeli history and politics.

In 1988, Bogage was in the audience when Maryland Gov. William Donald Schaefer signed a declaration of cooperation with the Israeli ambassador with the encouragement of some of the lay leadership at The Associated: Jewish Federation of Baltimore, Bogage said. The declaration was meant to help establish an economic development program with Israel, with the goal of promoting bilateral trade and creating jobs in both regions by attracting Maryland companies to Israel and vice versa. The reason for this was because the unraveling of the Soviet Union in the late 1980s had resulted in Russia’s Jewish community emigrating to Israel in massive numbers, leading to increasingly high unemployment in the nation.

He began networking to make the right connections, which paid off when his application was ultimately accepted, and he became the MIDC’s first executive director in 1992.

MIDC is “a matchmaker between Maryland and Israeli companies and scientists and research institutions and entrepreneurs who can do deals together, however they define it, whether it’s joint research or investing or buying and selling from each other or representing each other,” Bogage said.

During “normal times,” as Bogage put it, his job consists of meeting with Maryland companies to discuss what their needs are regarding international trade and then making a pitch on doing something related in Israel. Twice a year, he estimates, he traveled to Israel to do the reverse over there, often visiting trade shows. Additionally, he has organized trade missions to Israel that have included governors and county executives. He also has administrative and fundraising responsibilities.

One challenge that comes from promoting Maryland, Bogage explained, has to do with the relatively small size of the state. “When Israeli companies come over,” he said, “and they say, ‘We’re looking for this or that kind of partner,’ it’s not like it’s California or New York. … There’s not necessarily going to be the appropriate kind of companies here.”

With the pandemic forcing special events and international travel to come “screeching to a halt,” Bogage said, MIDC has been working to restructure their operations through the use of virtual tools such as webinars.

The onset of COVID-19 has made the work more challenging.

“In the international trade world,” Bogage said, “often the bigger the deal, the more you want to meet the people face to face, as the expression goes, ‘kick the tires.’ There’s only so much you can do virtually.”

As such, Bogage hopes that the rollout of the coronavirus vaccine will allow for an uptick in global travel later in the year.

Asked about MIDC’s biggest success, Bogage pointed to the successful effort to convince the Israeli radar manufacturer ELTA, whose products are used in Israel’s Iron Dome defense system, to establish their North American headquarters and a factory in Maryland. The top-selling points MIDC used to secure ELTA included Maryland’s close proximity to Washington, D.C., and the decision-makers at the Pentagon, as well as the high education levels of the Maryland workforce. Bogage noted that ELTA currently employs 60 individuals in Maryland.

While he may not participate in religious Judaism as much as others, Bogage said that, from his work at MIDC to his studies in Israel to his time on a kibbutz, his Jewish identity has had a clear impact on him. 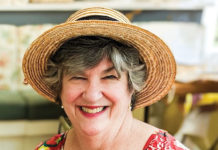