About your story last week on Mr. Jared Kushner, well, not about him, about the things he did. Maybe he did, maybe he didn’t. Who really knows? That’s beside the point. What I’m saying is, shouldn’t we be glad there’s a nice Jewish boy in the White House helping Mr. Trump with all of his many, many problems? Really. And a nice Orthodox boy. Well, modern, but who’s counting? And who also happens to be, let me remind you, a graduate of not only Harvard, but The Frisch School, where my nephew, who happens to be a very nice New Jersey lawyer also went. If only my son.

But I’m getting away from myself. The point is, a nice Jewish boy. And such nice hair! Please tell me who his barber is. My son, who only lives in Washington, D.C., like Mr. Kushner, but does he visit his mother? I ask you. Well, he needs a better barber. That hair of his. Like a wild animal. But he’s a musician, so what should I expect, right? That’s what my daughter tells me, “Mom!” She yells that one. “He’s a drummer!” But why should I listen to her? Thirty-two and still single. 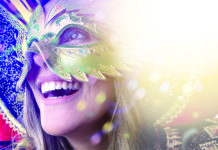 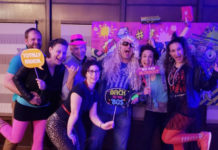