Why is it that 75 years after the end of World War II there is still Jewish-owned art looted by the Nazis that has not been returned to its owners’ heirs? One answer is that it was a racist regime bent on genocide that coerced Jews to part with their property, while restitution efforts proceed under the slow and cautious process of the law.

This month, the Supreme Court heard two cases that painfully invoke the Holocaust’s genocide and theft but are governed by more mundane issues like citizenship and sovereign immunity. One of the cases involves the famed Guelph Treasure, a rare collection of medieval ecclesiastical art valued at $250 million. In 1935, a group of German Jewish art dealers were coerced into “selling” the collection to the Nazis. The Supreme Court will decide whether the dealers’ heirs can sue in a U.S. court to retrieve the collection, which has been on display in Berlin’s Museum of Decorative Arts since 1963.

Two of the three plaintiffs are American. They say that their ancestors were forced to sell the collection to Hermann Goering at about half of what they had paid for it. But the German and the U.S. governments argued that U.S. courts are not the place to sue to have the art returned, because under the 1976 Foreign Sovereign Immunities Act, foreign countries cannot be sued in U.S. courts.

The plaintiff’s attorney, Nicholas O’Donnell, argued, however, that the law’s “expropriation exception” was carved out for just such a possibility, since the sale under duress happened in the Holocaust period, when the Nazis’ goal was the eradication of the Jews. “If you take the property, as Germany did, explicitly to destroy the group of people and remove it from the face of the earth, then you’ve committed genocide through the taking of property, which is the focus of the expropriation exception,” he said.

But Jonathan M. Freiman, a lawyer for Germany, said the heirs were “trying to turn this modest exception into a novel tool for suing foreign sovereigns for human rights and law of war violations occurring in their own countries.” He asserted that the claims need to be brought in those other countries.

While several of the justices referenced the horror of the Holocaust, they were largely skeptical of O’Donnell’s argument. Across political and religious lines, questions focused on the potential diplomatic and practical disruption of allowing the suits to be tried in U.S. courts, and the possibility that other countries could commence actions against the United States for any number of political or economic issues. Those concerns prompted
Justice Stephen Breyer to suggest that international “commissions set up to deal with these kinds of questions may work better.”

A ruling is expected next June. If, under the principle of foreign sovereign immunity, the U.S. courts are not the right place to seek legal recourse in these cases, we hope that the heirs and the foreign governments will come to a just resolution that returns the art or pays for it — even if achieved 75 years late. 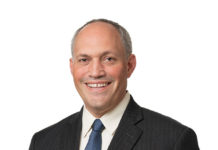