Yet, in a game against the Detroit Tigers earlier this month, fellow reserve Danny Valencia made it look easy.

The job: serve as a bench player on a major league roster. The mission: find a way to rise to the occasion whenever your number is called.

In the bottom of the seventh inning with the Orioles trailing 2-1 and two runners on base, the Tigers brought in a notoriously tough pitcher against lefty hitters. The O’s countered by pinch-hitting with Valencia, who, in his three-plus major league seasons, has hit over .320 against lefthanders.

Valencia came through, looping a single into right field to tie the game. Valencia was immediately lifted for a pinch-runner, who would go on to score the winning run.

The game lasted more than three hours. Valencia was a part of it for less than a minute, yet he delivered in arguably the game’s biggest moment.

“Everybody’s goal in the big leagues is to play every day, but with the team we have here, it’s very difficult,” said Valencia, a third baseman who joined the Orioles in the offseason and was called up to the big leagues in May.

Valencia, 28, is a part of a unique baseball fraternity. He’s Jewish. The progeny of a Jewish mother and a Cuban father who converted, Valencia is one of just 10 Jewish players currently in the major leagues.

Growing up in Boca Raton, Fla., Valencia received a Reform Jewish education. He attended Sunday school every week and had a bar mitzvah. His mother, Mindy Valencia, proudly notes that her son read both his Torah and Haftorah portions in Hebrew.

However, once Valencia left for college, and through his time playing professional ball, he said it has been difficult to stay observant.

Part of the challenge is that he’s hardly ever home. From the middle of February when spring training begins to early October when most teams’ seasons come to an end, Valencia is apart from his family. Cornerstone holidays such as Passover, Rosh Hashanah and Yom Kippur all fall within that time, and it’s tough to assemble a minyan when you’re aboard a red-eye flight from Baltimore to Seattle for a four-game weekend series.

“He’s in a world where there are so few [Jews]. Nobody really notices when it’s holiday time for him,” said Mindy Valencia, who was brought up in a Conservative home.

Valencia noted that in the event he was needed to play on a paramount Jewish holiday such as Yom Kippur, he’d play. It’s not that he doesn’t care, but he’s a trusted teammate who is committed to the guys he’s grinding out games with every day.

For Mindy Valencia, her son maintaining his religious identity is something that often enters her mind.

“I remember growing up and hearing how [Hall of Famer] Sandy Koufax refused to pitch on the High Holidays,” she said, “And yet, as a family, we’ve never really said to Danny, ‘Do not play.’ Sometimes I feel bad about that.”

Danny Valencia jokes that he “survived the Jewish mom,” in that she’s always one to ask what he’s doing, when he’s doing it and who he’s doing it with. That loving attachment also extends to baseball. Mindy Valencia will call her son to talk about games and even specific at-bats. She watches practically all of them.

“I think he will be better from having overcome the adversity of [going to the minors],” Mindy said. “I think right now he’s focused and much more mature, and it makes me super proud that he’s there. I pinch myself every time I see him on TV.”

To Baltimore Through Adversity
Valencia’s career began with the Minnesota Twins, who drafted him out of the University of Miami in 2006. His first two big league seasons were chock-full of positives.

However, last year, Valencia quickly fell out of favor with the Twins. Part of the problem, he said, was rooted in a disconnect with the coaching staff.

“I got away from who I was last year,” Valencia said. “Some of the coaching I received … they wanted me to do some things differently, and in the long run, I don’t think it was the best thing for the way I hit.”

The rift translated to his performance at the plate, where Valencia batted just .198 in 126 at-bats before the Twins abruptly demoted him to the minors just one month into the season.

Relegation to the minors can often shatter a player’s confidence. Four-star hotels and chartered flights are replaced by crusty motels and overnight bus rides.

Yet, Valencia used the experience to fuel his fire. It humbled him. It made him hungry. He had tasted the majors and was hellbent on getting back.

“It was, ‘Hey, get back to what made you successful in the big leagues,’” Valencia recalled. “It definitely drives you because once you’re [in the majors] and you go back down, you realize how good it is up here.”

The Twins traded Valencia to Boston in July, and after just a handful of at-bats, the Red Sox sent him down to their Class AAA affiliate in Pawtucket, Mass.

In November, just days after getting married to his high school sweetheart (and while on his honeymoon), the Red Sox traded Valencia to the Orioles. It was a fresh start.

Valencia began the year at the Orioles’ Class AAA affiliate in Norfolk, Va. There, he tore the cover off the ball, bashing 11 homers in just 40 games before being called up to the Orioles on May 18. Since then, in limited at-bats, he has hit four home runs and driven in eight runs. Valencia’s ability to step up in key spots is respected by his teammates.

“The best part about him is he does his job without any fuss,” centerfielder Adam Jones said. “He doesn’t complain about how many at-bats he’s getting. When he arrives at the ballpark, he knows, somehow, someway, he’s going to help this team.”

A League Of His Own
In college, Valencia played with another well-known Jewish player, Ryan Braun.

Braun, who was named National League Most Valuable Player in 2011, has been dubbed “The Hebrew Hammer.”

“We just call him Jew-boy,” joked outfielder Chris Dickerson during a recent talk in the Orioles club house.

In baseball clubhouses everybody gets teased for something. It’s how 25 players endure a 162-game season together.

Valencia gets it. Being Jewish, much like if he had big ears, a receding hairline or a baby face, is what sets him apart. And in the Orioles’ clubhouse, which — with a Ping-Pong and a pool table and blaring music — resembles a teenage hangout as much as it does a place of business, amusement is placed at a premium.

“Baseball players have to have fun,” Valencia said. “We don’t really grow up until we’re done playing baseball.”

Luckily for Valencia, a light-hearted attitude comes naturally — on all fronts. Baseball is predicated on failure. Even the sport’s best hitters fail to get a hit two out of three times. Taking yourself too seriously, whether in the clubhouse or on the field, Valencia said, can only work against you.

“If you’re a sensitive person, you’re not going to last in this sport,” he said. “This is a game, and if you’re not having fun playing it, you’re in the wrong sport.”

Valencia has embraced being a role player, a designated hitter and a lefty hitting specialist off the bench. He’s getting to know Baltimore, his teammates and the fans. And, with the Orioles primed for another playoff run, Valencia said he’s thrilled to be a part of it.

And, in 2012, in a rare assemblage of Jewish talent, Valencia, Breslow, Kalish, Youkilis and catcher Ryan Lavarnway (currently in the minors) all played for the Boston Red Sox. 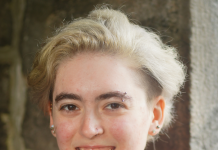