In the May 4, 1934 edition of the Jewish Times, then-U.S. Sen. Phillips Lee Goldsborough wrote a letter to the community announcing his support of the “Save the ‘Y’” campaign, an effort to fund the services offered at the Young Men’s and Young Women’s Hebrew Association in Baltimore.

“The information is given me briefly that you are launching a drive for $200,000 with which to liquidate certain indebtedness of the Y.M. and Y.W.H.A., so that this institution may qualify for membership in the family of the Jewish communal institutions of Baltimore,” the senator wrote.

That amount, after inflation, is the equivalent of approximately $3.8 million in 2019. Bear in mind, in 1934 the U.S. was only beginning to recover from the stock market crash less than years prior.

Golbsorough wrote to the community that he was impressed by the efforts by both Catholic Charities and Associated Jewish Charities, but was “disturbed” by their fund allocations, which were “75% for direct relief, 20% for sick relief and only 5% for character building an recreational needs.”

Though the senator recognized the many were suffering from inadequate access to food, clothing and shelter, he believed strongly in the importance of character building.

“I believe, however, citizens that all thoughtful citizens who have been stirred to serious reflection upon the social implications of the depression, must inevitably conclude that their unstinted support should be given to those social welfare agencies whose purpose is, for want of a better name, the building of character.

“Such an agency is your Young Men’s and Young Women’s Hebrew Association.” 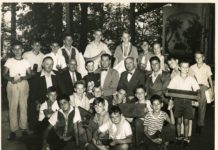 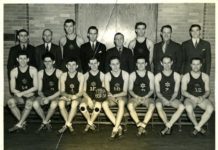 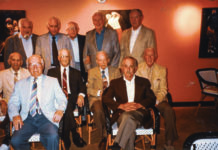