Hours after Israel Defense Forces began their ground operation in the Gaza Strip on July 17, Republican Sens. Lindsey Graham (R-S.C.) and Marco Rubio (R-Fla.) spoke on the Senate floor to express their support of Israel and its operation, while denouncing the Palestinian Authority’s unity government and the moral equivalency drawn by those critical of Israel’s actions.

Graham noted that moments before his speech, the Senate unanimously passed a bipartisan resolution (S. Res. 498) expressing the Senate’s opinion that Israel has the right to defend itself in the face of rocket attacks from Hamas terrorists, calling for Hamas to end the attacks and calling on the Palestinian Authority and President Mahmoud Abbas to dissolve the Palestinian unity government and condemn Hamas’ attacks on Israel. The resolution also sailed through the Senate Foreign Relations committee Wednesday without objection or amendment.

The senator called the resolution symbolic, being passed on the day that Israel began its ground operation.

“The Senate does not see a moral equivalency here,” said Graham. “As Prime Minister [Benjamin] Netanyahu said, Israel uses missiles — helped in collaboration with the United States to produce the technology called Iron Dome — to defend civilians. Hamas uses civilians to cover their missile program, making human shields of their own people. That says really all you need to know.”

Graham also gave a stern warning to the Palestinian people about the prospects of peace if they do not dissolve the unity government and condemn Hamas’ actions.

“To the Palestinians who have formed a unity government: You need to break away from Hamas,” he said. “There will never be peace until you marginalize the terrorist organization called Hamas, until you reject what they stand for and the way they have behaved.”

“How can you obtain peace when one of the members of the Palestinian government, Hamas, has fired thousands of rockets, caring less where they fall?” continued Graham. “They could care less if it falls on a kindergarten or a military base. They just care to kill Israelis.”

After leaving the Senate floor, Graham told Washington Jewish Week that he was surprised it has taken Israel so long to begin a ground operation when asked to reflect on the news.

“They’ve done everything they could to de-escalate this, but Hamas is a terrorist organization that has fired thousands of rockets, and they could care less where they land. Eventually you have to do this,” he said. “You can only do so much from the air, you’ve got to go take ground back from the enemy. This is what the Middle East is like, and [to] those who are pushing Israel to withdraw from Palestinian territory without security being in place, I hope you’ve learned the lesson from Gaza.”

Rubio followed Graham on the floor, covering everything from the relationship between the United States and Israel to moral equivalency being drawn between Israel and Hamas by critics and the administration’s policies — which he believes are driving a wedge between the two allies. These policies include the failed U.S.-brokered Israel-Palestine peace talks and the Iran nuclear negotiations.

“Now as American policymakers, you ask, ‘What is our interest in this?’” Rubio said. “And I think it begins with a unique relationship that exists between the United States and Israel. It is the only vibrant democracy in that part of the world. Its alliance to the United States is unquestionable not just in international forums, but all over this planet. Israel is consistently on America’s side, time and again, in every one of our challenges.”

That, Rubio said, was the political reason, whereas there is also a moral reason, which is the “right of the Jewish people to have a country that they can live in peacefully” and that Jews will never again face a time where they have nowhere to go.

While saying that he did not want to insert partisanship into the issue, Rubio took a jab at the Obama administration for, as he later told Washington Jewish Week, “putting daylight” between the United States and Israel in the perception of some in the region.

“I am concerned about the position this administration is taking,” said Rubio. “I was concerned about the amount of pressure that the secretary of state was placing on the Israelis to enter into a negotiation — a negotiation with the Palestinian Authority that didn’t have the authority or the power to reach a peace agreement that they could possibly enforce, much less deliver on.”

“I think it’s safe to say that the relationship between the Israeli government has never been worse toward an American president for more than two decades,” said Rubio.

The passing of the resolution — and the senators’ remarks — came only hours after the Israeli prime minister gave the go-ahead to send ground troops into Gaza after a 10-day air operation failed to diminish the Hamas rocket barrage. Another stated objective, according to a press release from the prime minister’s office, is to destroy smuggling tunnels.

“I think we must send a clear, unified and public message,” Boehner said. “Israel is our friend, and Israel’s enemies are our enemies.”

dshapiro@washingtonjewishweek.com
JNS.org contributed to this story. 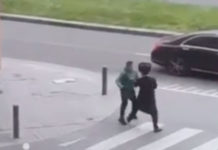 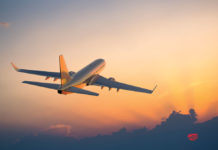