Silver, the Jewish editor of the FiveThirtyEight blog who correctly predicted the election results of all 50 states in 2012, told Adweek on Jan. 4 that Hillary Clinton should win the Democratic nomination barring “some type of renewed scandal or health problem.”

“I could see Bernie Sanders winning a few states,” Silver said of the Vermont Independent. “New Hampshire is still very close. But [Clinton’s] chances have to be in the range of 90 to 95 percent. Trump has more of a chance than Bernie.”

Silver also said that Republican presidential candidate Donald Trump’s chances of winning his party’s nomination are extremely low despite the amount of media coverage he has received.

“I don’t think his chances are zero. You have to be very careful about saying they’re zero, but I think they’re lower than 20 or 25 percent,” Silver said. “Maybe they’re 10 percent. Maybe they’re 8 percent. I’m not sure, somewhere in that range. You’ve never had a candidate like Donald Trump win a nomination before, at least not in the modern era, which is 1972 or so onward, which is when people started voting in primaries and caucuses.”

Silver also said his blog may not start making statistical predictions until sometime in March or April, after the first few primaries are decided.

“The thing people don’t realize is that the reason why I get to look smart is because we wait until we are pretty confident,” Silver said.

Recent Quinnipiac polls have Clinton leading Sanders by 31 points in the Democratic race. In the crowded Republican field, Trump was ahead of Ted Cruz, a Texas senator, by 4 points — making the race a dead heat considering the GOP poll’s margin of error of 4.4 percentage points. 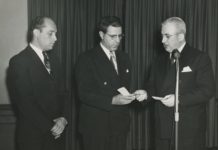 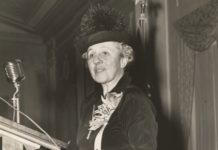