Often the words “summer vacation” can conjure painful images of airport security crowds, delayed train schedules and high gas prices — even higher than normal this year according to AAA, due in part, the association speculates, to the unrest of the Iraq civil war. Sam Rogers, executive vice president and chief marketing officer at Visit Baltimore, proposes an alternative to all that headache.

“We have a wealth of things to do and see in Baltimore,” he said. “During the school year people are busy with lots of other activities, and summer gives everyone a break to say, ‘Let’s enjoy our time together.’

“Family connectivity,” he continued, “that’s what a lot of people are looking for.”

To help avoid the possible unpleasantness of summertime travel and achieve the pursuit of relaxed quality time with family or friends, the Baltimore Jewish Times asked several members of the community for their suggestions on what to do and where to go in Charm City, because sometimes, staying home and being a tourist in your own city is the best vacation plan of all.

With the multitude of parks, pathways and waterways accessible in the area, it’s not surprising there were lots of suggestions for nature visits.

Jobi Zink, senior collections manager at the Jewish Museum of Maryland, is a fan of hiking, biking and walking in Gwynns Falls Park. Friends of the IDF board member Eddie Rogers suggested Irvine Nature Center in Owings Mills as a quick immersion into the calm and quiet of its walking paths and wildlife viewing areas. Yitzchok Berman, fly fishing enthusiast, has a favorite spot near Monkton on the Gunpowder River at Masemore Road.

When planning a family activity, he advised, “Little Falls River is a great place to go for biking and picnics with kids.” Closer in at Falls Road and Greenspring Valley Road, Meadowood Regional Park is “a great place to cool off in the stream” on a sweltering Baltimore afternoon.

Those looking for hidden gems of green spaces can also head to the Mount Washington Arboretum located just off of Kelly Avenue at Lochlea Road. Walk past the Mount Washington community garden and through the mosaic archway entrance that opens into a quiet corner offering an urban respite. The scent of herbs and flowers fill the air, and there is also plenty of butterfly, dragonfly and even frog watching to be had. Covered areas for picnics and shade are available throughout as are benches and lawn chairs, all placed to sit and contemplate the offerings of nature amid a soundtrack of chattering birds and a tiny gurgling waterfall. For more information, visit miniarboretum.org.

But for lots of Baltimoreans, “outdoors” isn’t about nature per se, it’s about taking advantage of the unique neighborhoods that the city has to offer, like strolling through Fells Point — a favorite of Randy Farmer-O’Connor, managing director of corporate support at Maryland Public Television — or visiting Hampden and having coffee and a snack on the outside patio at Spro, which is what David Alimy of the neighboring Charmery ice cream parlor recommends for anyone looking to relax on a lazy summer day.

To cover more ground and learn some history of the city at the same time, Jessica Normington, executive director of the Pikesville Chamber of Commerce, suggested yet a different kind of “outdoors” with a Segs in the City tour. Segs in the City gives 90-minute Segway tours through Little Italy, around the Harbor to Federal Hill, to Harbor East and Fells Point. While one tour guide said only a quarter of the patrons are from Baltimore, even locals could have an eye-opening experience from atop the two-wheeled motorized vehicle.

“Ninety percent of them at the end say, ‘I’ve been living in the city so long and I’ve learned so much,’” said tour guide Connor Meek.

Check Out Oldbay, Still Spicy At 75!

On the tour Meek talks about things like the Baltimore Public Works Museum (which is now closed); the Baltimore Water Wheel, which uses solar power to remove trash from the harbor; the National Katyn Memorial in Harbor East, which memorializes victims of a series of mass executions in Poland; the Great Baltimore Fire of 1904; the Pratt Street Riot of 1861; and Baltimore’s role in the War of 1812.

The Segway tours, open to ages 14 and up, cost $60 per person. For more information visit segsinthecity.com.

In Baltimore there are as many tours as there are quirky interests, and to that point Sam Gallant, producer and radio personality at WTMD, suggested the “Gargoyles and Grand Landmarks” walking tour given by Baltimore Heritage, which highlights some of Baltimore’s historic and unique architecture, and the Baltimore Ghost Tours, a walking tour of the ghosts and hauntings of Fells Point’s historic maritime village. For more information, visit baltimoreheritage.org or fellspointghost.com.

Summer and free outdoor music go hand in hand in the city and can be had at Summer Sounds at the Square at Belvedere Square, Concerts in the Park at Patterson Park or WTMD’s First Thursdays Concerts at Canton Waterfront Park. Randi Benesch, managing director of arts and culture at the JCC, and Ben Greenwald, former chair of the board of The Associated: Jewish Community Federation of Baltimore, both suggested to head north to Ladew Gardens on Sunday evenings for the weekly concert series, though Ladew offers exotic topiary treats as well throughout the rest of the week. For Baltimoreans with a soft spot for the botanical arts, a closer option is the Howard P. Rawlings Conservatory at Druid Hill Park. 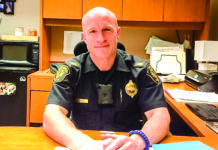