Halacha (Jewish law), just like the Second Amendment to the United States Constitution, states the right for citizens to own weapons for use in self-protection and to maintain public safety.

In the case of Jewish law, however, it also mandates safe and responsible use with regard to ownership for the public good.

“Safe and responsible” are weighty factors. So much so that halacha instructs that anything owned that is considered dangerous should be properly locked, confined or guarded so the use of, or exposure to, doesn’t hurt (or even frighten) anyone not intended for harm in self-defense. Jewish law also dictates a person should not sell weapons to, or make weaponry for, those who have exhibited criminal intentions or are unstable. (In current terms, this could translate to background checks.) In fact, the lauded Torah and Bible commentator Nachmanides’ (1194-1270) interpretation of a story in Genesis (4:20-24) went so far as to state, “It is not the sword that kills, but the bad choice by a man.”

What makes it possible — or probable — for a person to make a “bad choice” with respect to gun violence? Is it the easy access to guns? Is it desperation for the basic needs of day-to-day living? Or is it simply not being equipped with the emotional and mental tools needed to select a better choice?

Politicians, professors and public health professionals have been working tirelessly to answer that question in order to combat gun violence on national and local levels.

One attempt at limiting access to guns is the Brady Handgun Violence Prevention Act that was signed 20 years ago last month, on Nov. 30, 1993. Enacted on Feb. 28, 1994, the federal mandate “requires that background checks be conducted on individuals before a firearm may be purchased from a federally licensed dealer, manufacturer or importer — unless an exception applies.” A glut of statistics could be referenced to prove that 20 years later, the Brady Bill has not been nearly as effective as hoped. Some of that is due to legal loopholes and powerful lobbying, and some is due to lack of accountability and greed.

Prevention
More recently and on a state level, Gov. Martin O’Malley introduced one of the nation’s strictest gun laws, the Maryland Firearms Safety Act of 2013, which was enacted this past Oct. 1. It requires all handgun purchasers to complete four hours of safety training and pass a fingerprint-based background check before getting a license to buy a gun. Maryland joins five other states: Connecticut, Hawaii, Massachusetts, New York and New Jersey that also require fingerprint-based background checks.

The Johns Hopkins Bloomberg School of Public Health’s Center for Gun Policy and Research produced data corroborating the belief that a fingerprinting method is a successful deterrent to illegal gun sales because it will decrease and prevent “straw purchases.” A straw purchase is when a person with a clean background purchases a gun for someone whose criminal background prevents him or her from legally purchasing or owning a gun.

“So if we can intervene in those sales,” said Shannon Frattaroli, associate professor and researcher at the center, “and if the laws are going to make it more difficult to buy a gun, then the cost of doing gun crimes is going to go up, and fewer people are going to be able to afford that cost.”

Frattaroli continued, “We’re realizing, though, that once a law is passed, the work isn’t done. In a lot of ways, the work really just starts. We need to make sure the systems are in place, to make sure the laws are being implemented properly and to make sure the agencies responsible are adequately trained and supported to do that work.”

According to Maryland law, an authorized gun dealer must wait seven days while conducting a background check before turning over a firearm to a potential buyer. Statewide, more than 85,000 gun-purchase license requests were submitted this year prior to the Oct. 1 enactment of the stringent Firearms Act. Gov. O’Malley pledged in September to provide enforcement agencies the resources needed to deal with the backlog in paperwork created by the thousands of requests.

The backlog has converted the required seven-day wait into months, which has led to frustration for both firearm dealers and their customers. As a result, some dealers have been releasing weapons over to people after the seven days but before the background checks are completed. As of Nov. 28, 2013 the backlog was still at 42,600, and applications being processed are from as far back as Aug. 13, 2013.

Sgt. Marc Black, spokesman for the Maryland State Police, said, “All of the resources available to address the backlog and get the applications processed are being used.”

Sgt. Black also thought most dealers are cooperating and holding onto the firearms until clearance has been confirmed. Currently, there are 40 state law enforcement officers devoted to the task of completing the background checks (data entry is done by classified employees). Gun purchasers could exercise the option to cross state lines and avoid these checks altogether, or they can purchase a gun from a private seller and get around the law as well.

Intervention
In Maryland, as in much of the United States, gun-sale laws and regulations are necessary and proven as effective evidence-based approaches to gun violence prevention.

But Dr. Carnell Cooper and the staff of the Violence Intervention Program (VIP) at the University of Maryland’s Shock Trauma Center in Baltimore take aim at eliminating gun violence at its point of impact — in the everyday lives of gun violence offenders and victims. They address gun-related and other violent crime by asking: What are the root causes that are putting people on this path, and how can they be redirected from what they’re doing?

Cooper started VIP in 1998 after noticing a high number of violence-related trauma victims being treated once and then returning, sometimes with more serious injuries. The VIP staff connects with individuals at the “social, emotional, psychological and spiritual” point of personal crisis when they’re admitted into trauma care. There, they receive an assessment, counseling and social support by a multidisciplinary team to help them begin to make critical changes in their lives. Participation is voluntary and requires completion of a lengthy intake questionnaire by the participant.

The VIP approach is to reach victims immediately following a life-threatening or life-changing event. The interdisciplinary team that ultimately works with VIP participants comes from the medical, social work, epidemiology, parole/probation and social services fields and others, too, if deemed necessary.

The VIP is designed from evidence-based research, and other hospitals in the Baltimore area have been informally recruited to refer potential clients to the program. Data from a three-year study conducted in 2000 (published in “Journal of Trauma” Vol. 61, No. 3) shows evidence from two groups that were followed: one participating in the VIP program and one not participating. The participants in VIP demonstrated an 83 percent decrease in repeat hospitalization due to violent injury (a 36 percent savings as compared to those not getting the intervention), a 75 percent reduction in violent criminal activity and an 82 percent rate of employment at the time of follow-up (compared with 20 percent employment for those who did not get intervention). 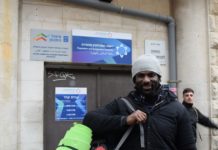