When VIP participant interview access was requested, Karen Lancaster, director of media relations and corporate communications, said there are no current participants in the program who have given media clearance.

“About 20 new participants are enrolled each month,” said Ruth Adeola, Violence and Injury Prevention program coordinator, “and one of the most powerful aspects of the program is just helping them get back on their feet.”

Adeola said the most common obstacles faced were the basic needs of employment and housing, as many of the participants have a criminal background that makes it difficult to obtain work. This can lead to a vicious cycle of violence. VIP connects participants with resources in the community, where they can find employment and housing that is still available to them even with their criminal records.

Another big obstacle for participants: the fear of failure, of whether or not they can really change their lives.

Adeola said, “[At VIP], they’re coming to talk to someone who isn’t judging them and who has their best interests in mind. We also provide peer support at group meetings, and friends and family are welcome — there’s a community that’s created around the program participants, and it’s in a safe environment.”

VIP has proven affective at the street level by intervening in lives after a violent offense happens. Another local organization goes one step further and ventures into the streets in attempt to stop the gun violence before it occurs.

Interruption
The Talmud states that “whoever saves a life, it is considered as if he saved an entire world.”

That theory is at work through one violence prevention program, Safe Streets, which employs reformed offenders to help stop the cycle of violence. Outreach workers return to the streets and interrupt activity before it escalates in order to help others avoid a criminal path.

Baltimore is one of 16 cities implementing this program, which originated in Chicago and was designed by Dr. Gary Slutkin. The components of the program mimic a science-based approach of eradicating epidemic disease conditions.

Slutkin is a physician, epidemiologist, infectious disease control specialist and founder and executive director of Cure Violence in Chicago. Safe Streets is based on what Slutkin learned from decades of studying and successfully treating epidemics, including reversing the AIDS epidemic in Uganda.

In a TedMed talk presented in Washington in April 2013 (see the accompanying link), Slutkin explained there are three components needed to reverse an epidemic: Transmission must be interrupted; there must be prevention of future spread; and group behaviors must be changed. Success is based on identifying key “interrupters” trusted by their communities, so they can identify an epicenter (or person) of disease transmission, access it and influence a change of behavior in the community to reverse the epidemic trend.

“Why does this work? Because of the violence interrupters and outreach workers,” said Lori Toscano, director of Safe Streets citywide in Baltimore. “I was a juvenile probation officer; I worked behind the fence down in Florida; I’ve done that work from the inside, and it would take me months, weeks, years, to gain someone’s trust. It was the idea that I don’t look like them, I don’t talk like them, why should I be trusted? These guys [violence interrupters and outreach workers] have that rapport in minutes. No one wants to kill someone, no one wants to go through that. But there’s this idea on the street that there isn’t another way. A violence interrupter is someone who [in the past] told them or showed them the wrong way, [and now they’re] coming to them to say, ‘I had it wrong, that wasn’t the way it was supposed to be.’”

Reversal of long-embedded beliefs and behavior requires a strong message. The trained outreach workers and violence interrupters grew up in the neighborhoods they canvass, have similar backgrounds and are now reformed. They complete six weeks of Cure Violence mediation training, and the work they do follows procedure. Most importantly, they are the credible messengers.

Interventions target high-risk youth ages 14 to 25, but they’ll work with anyone, regardless of age, who comes to them for help. Safe Streets workers canvass the streets of a neighborhood during evenings and weekends to diffuse situations and link youth and young adults to support services. They provide real alternatives to resolving conflict with violence, and support is 24/7. Currently, there are 25 staff members across the city, each capable of working with up to 60 participants at a time. Typically, the interaction is one-on-one.

“With my past background I’ve been messing up in the neighborhood, so I want to give back and show the younger brothers there’s a different way, and we can do better,” said Stanley Dennis, 31, a Park Heights outreach worker. “It works because I stay on them. I’m going get through to them because I’m going to get on their nerves. I’m always going be around — every moment; they got my number if they’re going to do anything. I’ll get out of bed and get to them. I work 24 hours a day, I’m never off.”

Safe Streets currently operates in four Baltimore neighborhoods: East Baltimore, Cherry Hill, Mondawmin and Park Heights, the latter of which is among the fastest-growing Jewish communities in the area. The “Journal of Urban Health” published an evaluation of the program in 2012, conducted by Daniel Webster, director of the Center for Gun Policy and Research. In three of the four neighborhoods studied at that time, a marked decrease in homicides was reported during the study timeline, but in one neighborhood there was a noted increase in violence.

“It’s not just guys hanging out on corners, we actually use data,” said James Timpson, site director at the Park Heights Safe Streets headquarters. “We do mapping, and we do strategic planning to come up with the strategy of how we’re going attack this. It’s not just about putting on Safe Streets shirts and going out and standing on corners. We sit down and talk about caseloads, we talk about what’s going on in the neighborhood, we use maps and [police] data to strategize, and then we deploy. It’s like following the regiment of an army — this is urban warfare out here. We strategize and deploy to try to combat it best.”

The 218th homicide was reported in Baltimore City last week, surpassing the 2012 total of 217. One was reported on Thursday, Dec. 5, near the 3300 block of Virginia Avenue in Park Heights and another on Wednesday, Dec. 4, near the 2800 block of Parkwood Avenue, just west of Druid Lake. On Thursday morning at the scene, Safe Streets workers passed out flyers for a peace rally in response to the violence.

Reality Check
“People don’t go through a rational process when they decide to use a handgun,” said Jeffrey Ian Ross, criminologist at the University of Baltimore. “There is no silver bullet; there is no one single answer when it comes to addressing how to reduce gun violence. But one thing is for sure: It has to address how we deal with conflict and the methods that are socially accepted.”

Ross continued, “If we educate our children better on how to deal with conflict — on a regular basis, not just in times of crisis — it might lead to less violence, maybe less violence in our media — in video games, in TV, in movies. Right now [those] glorify violence as a means to settle disputes. Yes, we need a cultural shift; I don’t know when or how that’s going to happen. There are snippets of it in our social work profession or public education but not enough to get to that tipping point yet.”

Who Can Be a Safe Streets Program Participant? >>

Other Resources:
TED Talk>>
Safe Streets Documentary >>
Behind the scenes >> 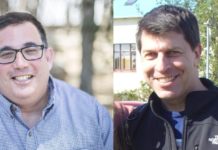