If there is any lesson to take from the coronavirus these days, it’s that pandemics don’t discriminate. Some of the largest and wealthiest countries have struggled to get ahead of the virus’ spread, just as have the smallest and least-developed nations. Jewish communities in Israel and the boroughs of New York have grappled alongside the smaller but equally vital Jewish enclaves in Mexico, Argentina and Canada.

Yet for many communities in the developed world, the pandemic has also demonstrated that when it comes to fighting a potential catastrophe, it’s our economic resilience as a nation and as a community that really makes a difference.

And that is why Jewish communities in some of the poorest nations these days are in serious danger. While Israel and the Western world may be considered to be the seat of the global Jewish community, there are still dozens of small, remote enclaves spread across the globe, including communities that some believe have existed for thousands of years and could provide clues to the Jewish people’s earliest history.

For many of those “hidden,” largely rural communities, like the Lemba Jews of Zimbabwe and the Zera Israel and Beit Avraham of Ethiopia, the pandemic’s most immediate and devastating impact has been economic stasis. Like many nations, Zimbabwe and Ethiopia were forced to shut down their economies to limit the virus’s spread. Families in both countries were suddenly cut off from earning a living and buying food.

For the Lemba, a fiercely independent community totaling about 150,000 people in Zimbabwe, timing is everything this year. Climate change and government restrictions determine what and when the Lemba farmers can grow and sell. Droughts are making it increasingly difficult to access enough water for crops and livestock. The pandemic has only exacerbated their need for self-sufficiency.

For the Jews of Ethiopia who live in the cities of Gondar and Addis Ababa, the challenges are much different, but just as steep. Israel has been airlifting small numbers of residents from these two communities to Israel for years. More than 7,000 are descendants of the Beta Israel clan, Jews who were rescued by Israel during the Ethiopian civil war in the 1980s and ‘90s. Others are individuals who converted to Christianity for reasons of survival and still keep their Jewish practices hidden.

Although the Ethiopian civil war is over, the anti-Semitism and economic struggles are not. The pandemic has forced many in these communities to the brink of starvation. Many Ethiopian Jews awaiting an Israeli airlift are unable to qualify for economic assistance from the local government. Jewish nonprofits, therefore, have been shipping in food and working with residents to create sustainable business ventures. The pandemic continues to prove just how delicate economic success can be.

Over the years, there have been many rabbis, historians, scientists and NGOs that have debated the cultural status of Africa’s Jewish populations. Some critics have tried to assert that the Lemba’s traditional use of kosher slaughter and dietary laws, for example, is more a reflection of a desire for emigration than true heritage. But with new technology, scientists are now able to confirm that some of the Lemba actually carry DNA that is “characteristic of the paternally inherited Jewish priesthood.” Called the Cohen-Modal Haplotype, the marker “is thought, more generally, to be a potential signature haplotype of Judaic origin,” according to an article in the American Journal of Human Genetics.

The current pandemic is a real threat to preserving that remarkable legacy. Geography and the remote nature of many of Judaism’s oldest communities have helped to protect elderly members — the record-keepers for oral history and ritual traditions — from COVID-19, for now. But with limited access to running water and electricity in many homes, that success remains uncertain the longer the pandemic drags on.

Organizations like Meketa.org.uk, Kulanu and CultivAid have demonstrated through their networking and assistance that there’s value in supporting the preservation of remote Jewish communities in moments of crisis. Current efforts are helping to ensure that those vital legacies and future generations aren’t lost to assimilation and to the catastrophe of an unchecked pandemic.

But it’s also vitally important for the Lemba, Zera Israel and other hidden Jewish cultures to now be recognized as part of the wider tapestry of a global Jewish community. If there is anything that has come to define the Jewish people in the past millennia, it is our remarkably diverse but common bond of identity. Acknowledging that history and educating future generations about the Jewish community’s global diversity will not only help protect these communities’ survival but keep Jewish identity strong.

Opinion | No one lost their last name at Ellis Island, but we gained a safe haven 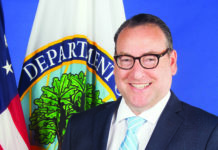 Opinion | If you spell it ‘antisemitism,’ then remove the hyphen from ‘anti-Zionism’