This week’s Torah portion, Bo, relates the final plagues that precede the Exodus of the Israelite people from Egyptian bondage. The plague of darkness is not the type that a person experiences in the natural course of events. Rather, this three-day ordeal was a primordial darkness, a darkness so thick it “can be touched.” The Torah then informs us that while Egypt was plunged into this deep darkness, “the Israelites enjoyed light in their dwellings.” The contrast between light and dark could not be more profound.

Traditional commentary on this phenomenon focuses on the notion that this light the Israelites experienced allowed them to enter their Egyptian neighbor’s homes and scout out items they will “borrow” from them in the moment of exodus, a parting gift in the form of reparations for centuries of enslavement. The connection hinges on the command to borrow from their neighbors opening the next chapter of Torah. This seems to me not only a stretch (hey, it’s midrash), but also a breech of ethics that does not reflect well on the character of our ancestors.

Rather, I suggest that the reference to the light that filled the homes of the Israelites throughout that long period of darkness began as the rekindling of an internal spark, the light of dignity, identity, self-worth and God within these individual Israelites.

It stands to reason that during a period of multi-generational slavery, they were unable to see the spark that marks a human being as an embodiment of God’s light. Prior to the narrative of the plagues, Moses describes a sweeping vision of their deliverance from slavery and return to the land of their ancestors, but “they were unable to hear Moses on account of their crushed spirits and the cruel bondage.”

One marker throughout time of individuals and populations that have been subjected to dehumanization is this loss of self-worth on which the very institution of slavery depends. From the American plantation to the Nazi concentration camp, and sadly into our own “enlightened” era, this has been the tactic of oppressors.

But what was kindled in the three days of deepest darkness was that which has been seen over the course of human history — the indestructible human spirit. The force of darkness even seems to be a necessary element so that those with crushed spirits can recognize the flickering spark which, fed with the fuel of hope, can be restored to the powerful light within their souls. This is a message and an encouragement to populations experiencing darkness of every kind; to individuals struggling to overcome personal darkness; and to nations seeking to once again shine the light of God’s presence throughout the world. 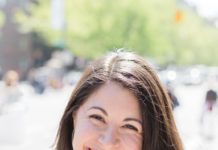 Letters to the editor: June 25