After a terrifying summer of constant rocket fire into Israel from Gaza, this is an appropriate time to think not only about Israel’s geopolitical future (which is beyond this writer’s crystal ball), but also about Israel’s economies. I purposely use the plural because Israel’s economy is fractured along many fault lines. There’s the famous Startup Nation economy, the tourist economy, the consumer economy, the international trade economy, the Haredi economy and the Arab-Israeli economy to name a few. Some are doing well; others are weakening; and a few are mired in poverty. And even before the war, prognosticators were talking about a slowdown in Israel’s economy. The war exacerbated it.

The high-tech economy is global. Money will flow to good ideas that address a market need. The Startup Nation economy is no different. As long as Israel’s entrepreneurs keep developing innovative technologies, global capital will find it. Investment may pause during times of unrest but will resume afterward.

Hopefully, the tourism and consumer economies will follow the same track as high-tech investing and pick up once hostilities end. The 50-day war wreaked havoc on Israel’s tourism industry, which represents nearly 6 percent of the country’s economy. The minister of tourism, Uzi Landau, said the war caused a 35 percent drop in visitors, draining more than $500 million from the economy. After past military actions, he added, tourism bounced back within four months of a cease-fire.

The consumer economy also ground to a halt during the war, as Israelis hunkered down at home and in shelters for seven weeks, frequenting stores as little as possible. While the benefits of the high-tech industry skew to the most highly educated and innovative individuals, tourism and retail trade provide many low-wage service jobs for the less skilled. Any slowdown causes great hardship to these employees and their families.

Sadly, Israel has one of the highest rates of poverty among the 34 countries in the Organization for Economic Cooperation and Development. Nearly 20 percent of the country’s people live in poverty, including over one-third of its children, according to a 2013 study by the Israel National Council for the Child. Much of this is experienced by two economically challenged groups, which, combined, equal fully one-third of the country’s population. The Haredi (ultra-Orthodox) and Arab-Israeli communities equal 11.7 percent and 20.7 percent, respectively, of Israel’s 8.1 million people.

While the country’s unemployment rate is at 6.2 percent, it is much higher in these communities. Moreover, with the high birth rate of both communities, it is projected that they will exceed 40 percent of the population in 20 years. So among Israel’s many challenges, the internal demographic and economic clock is ticking. It must find a way to expand the economic pie and include these populations in the labor force; otherwise, in two decades nearly half the population will not be contributing to the economy. Without internal economic strength, Israel will not be able to defend itself from external threats. 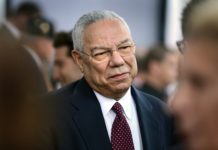