Nine months into the pandemic, we are witnessing a true crisis of food insecurity. Lines for emergency food distribution stretch long and tens of millions are unemployed. Women, racial minorities and those who were struggling long before the pandemic are disproportionately suffering.

As Americans and as Jews, it is our responsibility to act. Specifically, we must demand that our leaders in government respond to growing hunger with the wisdom, compassion and urgency that this moment demands. We urgently need new legislation that will help tens of millions of Americans put food on the table. The stakes have never been higher.

COVID-19 has revealed just how many Americans are living at the edge of poverty. Before the pandemic, nearly 40 million were facing hunger. At MAZON: A Jewish Response to Hunger, we now expect that number has doubled, particularly given skyrocketing unemployment rates and shocking reports about the increased need for food. The past nine months have revealed that millions of Americans are falling through the cracks of our federal government’s nutrition safety net — assistance programs like the Supplemental Nutrition Assistance Program, or SNAP, formerly known as food stamps — in part due to stringent eligibility requirements and cumbersome applications.

Hunger is often hidden, silent and overlooked. Nobody talks about the shame that comes with not knowing if you can feed your children their next meal, eating canned goods because it’s cheaper than fresh food or drinking water to make yourself feel full.

My organization MAZON does our best to change that, sharing the stories of people like Rhonda, who reminds us that “it’s not normal to eat once a day, but if you’re struggling, that’s the only thing you can do.” And the experience of people like Charles, who shared that “there are times towards the end of the month when all I can afford to eat for days at a time is bread and milk.” And the stories of children like John, who says that “If I am hungry in school, I can’t focus a lot and I don’t understand the lesson.”

So many people, in the richest country in the world, face the indignity of hunger. But charities alone cannot change the situation — our government must do its part, too.

The robust network of food pantries, soup kitchens and mobile sites operating across the country today was created to supplement government assistance programs, not replace them. Charitable programs were never intended to meet the needs of all those facing hunger. They are neither structured nor funded adequately to meet the scope of hunger we are witnessing today. Even before the pandemic, the federal government spent hundreds of billions of dollars per year on food programs — that only provided people with about $1.40 per meal, or $4.20 a day, for food. The largest food charity in the country, Feeding America, has a total annual budget of $2 billion — hardly enough to match the resources of the federal government. Now the charitable food sector has become overstretched, and some food pantries are closing due to COVID-19. Clearly, only the federal government has the resources and structure to meet today’s needs.

SNAP is our country’s most effective defense against hunger. It provides modest yet vital cash assistance to anyone who meets its income and asset eligibility limits. SNAP dollars are often spent in local communities, stimulating the economy and supporting businesses throughout the food chain. In fact, economists estimate that during a recession, every SNAP dollar generates between $1.50 and $1.80 in economic activity.

In recent years, support for SNAP has become political and partisan. During a recent conversation I had with my friend Rep. Jim McGovern, he reflected on this unfortunate shift.

“We were on the way to tackling the issue of hunger in this country. Then for some reason it became unfashionable to help people who were struggling to put food on the table,” the Massachusetts Democrat said. “Rather than finding ways to help them, we started finding ways to blame them. All these false narratives began to emerge that unfortunately undercut a lot of the work that was done in a bipartisan way.”

In the past two years, since Congress finalized and President Trump signed the 2018 Farm Bill, we have witnessed the Department of Agriculture trying to undercut the bipartisan decision to preserve SNAP. Time and again, the agency has issued regulatory orders to limit the flexibility of states and drastically restrict benefits for people who do not fit a certain ideological narrative. These administrative attacks could not possibly be more out of touch with the realities of struggling Americans.

The new administration, Congress and every policymaker must do what is necessary to ensure that all Americans can feed themselves and their families. A COVID-19 relief bill that prioritizes boosting SNAP for all who need it cannot wait.

People cannot eat ideology or rhetoric. We must not stand by silently while political gridlock leaves the most vulnerable without the help they need.

Abby J. Leibman is president & CEO of MAZON: A Jewish Response to Hunger. 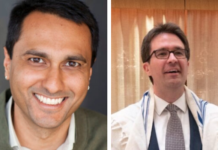