February 2013
• Ed Koch, the pugnacious former New York City mayor whose political imprimatur was eagerly sought by Republicans and Democrats, dies at 88 of congestive heart failure. At his funeral, a cast of political luminaries remembers him as a friend of Israel and the Jewish people.

• Bulgaria affirms that Hezbollah was behind the attack in Burgas in July 2012 that killed six people, including five Israelis. The finding adds to pressure on the European Union to recognize Hezbollah as a terrorist entity. After concerns are expressed in the ensuing months that Bulgarian officials are backing away from their assertions, Bulgaria’s foreign minister reassures Israel on the attack’s one-year anniversary that Bulgaria still holds Hezbollah responsible.

• The Australian Broadcasting Corp. identifies a man known as “Prisoner X,” who hanged himself in a maximum-security Israeli prison in 2010, as Australian-Israeli citizen Ben Zygier. Zygier is said to have worked for the Mossad.

• A British court convicts three British Muslims of plotting to carry out terrorist attacks in the country, including on Jewish targets.

March 2013
• Vice President Joe Biden tells thousands of AIPAC activists meeting in Washington that President Obama is “not bluffing” when he says he will stop Iran from acquiring a nuclear weapon.

• President Obama makes his first visit to Israel since taking office in 2008. In a speech at the airport, Obama says the United States is Israel’s “strongest ally and greatest friend.” His trip receives widespread praise from Jewish groups.

• A Lebanese-Swedish citizen is convicted in Cyprus on charges of spying on Israeli tourists for Hezbollah. The closely watched trial is a sign of Hezbollah’s expansion of terrorist activities into Europe and fuels calls for European Union countries to designate Hezbollah a terrorist organization.

• Following prodding by President Obama, Turkish Prime Minister Recep Tayyip Erdogan and Israeli Prime Minister Netanyahu agree to resume normal ties after Israel apologizes for the deaths of nine Turks in 2010 during a clash with Israeli commandos aboard the Mavi Marmara, a ship attempting to break Israel’s blockade of Gaza. Erdogan later balks, saying normalization will not take place until Israel fulfills its obligations under the agreement.

• Berlin’s Jewish Mus-eum provokes controversy with its “Jew in a Box” exhibit (formally titled “The Whole Truth”), in which Jews spend a shift sitting in a glass box and answering questions from visitors.

• Mike Engelman, the owner of Doheny Glatt Kosher Meats in Los Angeles, is videotaped directing his employees to unload boxes of meat from his car while the store’s kosher supervisor is absent. The footage leads the Rabbinical Council of California to revoke the shop’s kosher certification the day before Passover, leaving many kosher consumers in the lurch.

April 2013
• French Chief Rabbi Gilles Bernheim resigns following revelations that he plagiarized the work of others in his books and claimed unearned academic titles.

• After being asked by Israel’s prime minister to come up with a solution to the Women of the Wall controversy, Jewish Agency Chairman Natan Sharansky proposes that the Robinson’s Arch area of the Western Wall be expanded and renovated to allow for egalitarian prayer there at any time. Reacion to his proposal is mixed.

• Salam Fayyad, the Palestinian Authority prime minister who was lauded for his technocratic approach toward state building in the West Bank, resigns. He is replaced in June by university president Rami Hamdallah, who announces after two weeks on the job that he is quitting.

• Rabbi Michael Broyde, a prominent legal scholar in the Modern Orthodox community and professor at Emory University, is forced to step down from a leading religious court after admitting that he systematically used a fake identity in scholarly journals. The admission followed a report by The Jewish Channel exposing the ruse.

• Bret Stephens, a former editor in chief of The Jerusalem Post and now deputy editorial page editor of The Wall Street Journal, wins the Pulitzer Prize for commentary.

• The Museum of the History of Polish Jews opens in Warsaw.

• The Jewish Museum of Casablanca reopens following a major renovation funded by the Moroccan government. The renovation is part of a broad effort led by Morocco’s king to restore Jewish heritage sites in the country, including an ancient synagogue in Fez and dozens of former Jewish schools.

May 2013
• Following complaints from pro-Israel groups, the Newseum in Washington cancels a planned honor for two slain Palestinian cameramen employed by a Hamas affiliate.

• The Claims Conference is embroiled in controversy after the public learns that officials at the organization failed to adequately follow up on allegations of fraud in 2001, missing an early chance to stop what turned into a $57 million scheme. The disclosure comes during the trial of the scheme’s mastermind, Semen Domnitser, who is found guilty. In July, the Claims Conference board agrees to some outside input in formulating plans for its future but votes to re-elect its embattled chairman, Julius Berman, who oversaw a botched probe in 2001 into the allegations.

• The Canadian Jewish News decides to abort a plan announced in April to stop printing the newspaper.

• Three campers at the Goldman Union Camp Institute near Indianapolis are injured in a lightning strike. A few days later, a Jewish camp counselor is killed by a falling tree at Camp Tawonga, a California camp located near Yosemite National Park.

• Israel’s ambassador to the United States, Michael Oren, announces he will return to Israel after four years in the position. He is to be replaced by Ron Dermer, a senior adviser to Israeli Prime Minister Netanyahu. Both ambassadors are American born.

• Israel’s ambassador to the United States, Michael Oren, announces he will return to Israel after four years in the position. He is to be replaced by Ron Dermer, a senior adviser to Israeli Prime Minister Binyamin Netanyahu. Both ambassadors are American born.

• Portugal enacts a law of return to make citizenship available to Jewish descendants of Portuguese Sephardic Jews. The move is intended to address the mass expulsion of Jews from Portugal in the 16th century.

• The European Union designates the military wing of Hezbollah as a terrorist organization.

• The 19th Maccabiah Games open in Israel with a record number of athletes.

• After months of intense shuttle diplomacy by Secretary of State John Kerry, Israelis and Palestinians restart direct negotiations for the first time in three years.

• In New York, Jewish mayoral candidate Anthony Weiner admits to engaging in lewd online exchanges (he resigned from Congress amid a sexting scandal in 2011) but declines to withdraw from the race.

• In San Diego, Jewish mayor Bob Filner rebuffs calls to resign, as he faces a barrage of sexual harassment allegations, including from staffers. Instead, Filner takes a two-week leave of absence to undergo therapy.

August 2013
• William Rapfogel, the longtime CEO of New York’s Metropolitan Council on Jewish Poverty, is fired and apologizes for misconduct and alleged financial improprieties, including allegedly inflating insurance bills and pocketing the overcharges for himself.

• In a goodwill gesture to accompany renewed peace talks with the Palestinians, Israel releases the first 26 of 104 Palestinian prisoners, including terrorists convicted of murder.

• As Egypt’s military rulers kill hundreds of civilians in a crackdown on the Muslim Brotherhood, Israel lobbies behind the scenes against a cut in U.S. aid to Cairo. 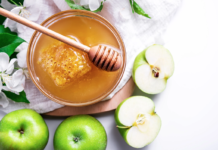 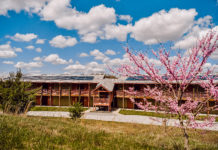