Over the past several years, Israel has become an appealing partner to Arab states for two main reasons.

Ever since the revolutions known as the Arab Spring toppled several regimes and undermined and threatened the stability of others, Israel’s stability in the region has become ever more apparent.

Moreover, as Arab countries in the Gulf increasingly came to perceive Iran as a threat, Israel’s stability, military power, and political will to limit Iran’s power became ever more attractive to those states.

So behind the scenes, Israel, Saudi Arabia, and the Gulf states grew closer, sharing intelligence and cooperating on security to confront Iran. Precarious ties with Jordan and Egypt were further cemented by the joint battle against ISIS and, more long-term, by the discovery and mining of substantial gas reserves on Israel’s Mediterranean coast.

As all of this cooperation became more visible, these Arab countries had to find a way to do so without appearing to abandon the Palestinian cause altogether.

It is easy to dismiss the concerns of non-democratic regimes and argue that they can pursue their economic and security interests with utter disregard for how the public views them. But this opinion betrays a misunderstanding of the extent to which even non-democratic regimes have to navigate public opinion to ensure their continued survival. In fact, for many decades, the positive sentiment in the Arab world towards the Palestinians and the negative one towards Israel was actually used by many regimes to deflect anger away from their own shortcomings.

The dramatic events of the Arab Spring made it ever more necessary for Arab regimes to remain attuned to public sentiment for their survival, but it also began to change that sentiment, as publics increasingly focused on domestic demands. This means that while empathy for the Palestinian cause remains strong across the Arab world, it is no longer uniform, and in some places it is fraying.

There is growing evidence of decreased willingness to place the Palestinian cause above domestic Arab interests. Voices that in the past would have never been heard in the Arab world now appear on local Arab television and social media, questioning why their countries continue to hitch their wagons to the Palestinians, who are prone to rejecting compromise. In some cases, these voices even express open support for Israel.

So although the Palestinians were still able to rally the Arab League — a group of Arab countries, which is already a shadow of its former powerful self — to join in their rejection of Trump’s plan, their isolation in the Arab world is growing more apparent.

This is the most important aspect, and the greatest news, to come out of the plan’s introduction. Not only does the plan reflect the political preferences of the vast majority of Israel’s Jews — with the Likud, Blue and White, and Israel Beiteinu parties endorsing the plan — but it has been cautiously welcomed by Saudi Arabia, Egypt, Oman, the United Arab Emirates, and Qatar as at least a legitimate basis for negotiations.

Israel, for its part, must endorse and adopt the plan in its entirety if it is to serve as a framework that enables the Gulf countries to pursue ever closer cooperation with Israel. It is crucial that even if Israel ultimately annexes the territory designated for Israel in the plan, it does so while making it clear that the remaining territory, assigned in the plan to a Palestinian state, would not be annexed and will be kept for a future Palestinian state.

It is tempting to ridicule the American president’s vision, but the plan does offer the prospect of greater peace and prosperity for Israel — at least in relation to those in the greater Arab world that accepts its presence. 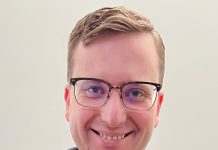 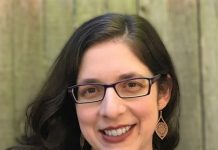 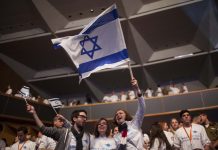