As 2019 drew to a close, U.S. media reported on some sobering statistics. America’s Jewish community had suffered nine violent anti-Semitic attacks in the New York area alone in just two weeks. At the same time, Baltimore ended the decade with its second highest-ever homicide rate of 348, with most victims African Americans.

When the media reported that some of the recent anti-Semitic attacks were committed by African Americans, pundits and politicians sought to make sense of this information. But the accusations from the political Right and Left fail to acknowledge that the alleged perpetrators appeared to have acted without any coherent political ideology; and to suggest there is any kind of homogenous ideology underpinning the African American community at large is as simplistic as it is ignorant.

In fact, if there is any ideology that has emboldened the scapegoating of minorities, it is the ideology of hate that has gripped America these past few years. Divisive political discourse has conditioned our media and communities to leverage hate and scapegoating as an instinctive response to social, political and economic gripes. It is within that context that previous years have seen a precipitous rise in increasingly violent attacks against Jews, Muslims, African Americans, Hispanics, Sikhs and other victims based on gender, political persuasion, and more.

It is unsurprising, then, that fake social media accounts designed to foment racial hostility between Jews and African Americans were recently discovered, pointing to a more pernicious agenda set on pitting these two minorities against one another.

In the search for an adequate response to the spate of anti-Semitic attacks, some have suggested the Jewish community should increasingly arm itself and have called for heavier policing and profiling as safety measures. It is easy to see why those suggestions might make sense. The only problem: I have seen similar measures applied in Baltimore my whole life, and they have not made us any safer. In fact, they only served to increase tensions between law enforcement and our communities. Racialized policing, mass incarnation, and a lopsided law-enforcement driven approach may, at best, provide some temporary immediate relief. But as Baltimore demonstrates, those measures will inevitably aggravate the root causes of violence, leading to much bigger challenges down the line.

Greater separation between communities will not help either. We need solidarity, and solidarity requires overcoming differences to find common cause and purpose. For America and Baltimore’s Jews and African Americans, the most pertinent common cause is addressing the violence that is afflicting both communities and that arises from the same roots.

Violence, after all, invariably stems from the same pool of social ills. No matter how violence eventually manifests itself, be it a shooting in Baltimore, an anti-Semitic rampage in New York, or a racist attack on a New York subway, the prior life experiences of those that consistently turn to violence almost always share stark similarities.

The same lack of self-worth, social alienation and yearning for community can, when combined with toxic social influence, morph into willful ignorance, anger and eventually – hatred directed at the world or a specific demographic within it. That’s what I learned by spending over a decade as COO of I Can’t, We Can, one of Baltimore’s most effective spiritually-based recovery programs, that worked with over 15,000 Baltimore area residents to address the disease of addiction and help ex-prisoners reintegrate into society.

As a lifelong community activist in Baltimore, that journey of responding to Baltimore’s challenges of violence and criminality with a narrative of hope, self-worth and community-belonging will continue. But it’s important such work does not occur in silos. That is why I am proud to invite and engage with Baltimore’s Jewish community on that journey too; after all, I was born in Sinai hospital and grew up under the pediatric care of Dr. Straus there. As an African American Muslim, I am doubly proud. Breaking down barriers and stereotypes begins at the base community level – precisely where our collective efforts must be directed.

With some 93,000 Jews living in Baltimore County, a high percentage of home are Orthodox, engaging Baltimore’s Jewish community is not just preferable, it is necessary. With the recent rise in anti-Semitism overwhelmingly targeting visible Orthodox Jews, it is as incumbent to engage this demographic as it is the many others that are at risk of harm in our city. Indeed, fostering closer collaboration between Baltimore’s various communities, like the city’s Jews and African Americans, is part of the city’s healing process. It makes Baltimore stronger and gives us greater resolve and resilience in the face of the city’s many challenges.

In America and in Baltimore, there is more that unites Jewish and African American communities then divides them. And whilst the end of the last decade ended on a somber note, responding with solidarity and a commitment to tackling the social ills that affect us, and preserving initiatives like Congressman Elijah Cummings Youth Program enables the dawn of this new decade to herald the beginning of a new chapter for Baltimore. As a Congressional candidate for Maryland’s 7th District , once elected, I intend to champion the understanding and implementation of such collaborative solutions, and ensure the preservation and extension of unity over division.

This content is an unpaid submission and is not a political endorsement by the JT. 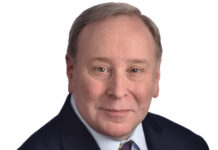 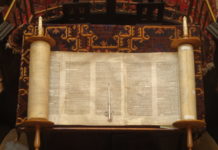 Opinion | If rabbis can’t talk about public policy, what’s the point of Torah?