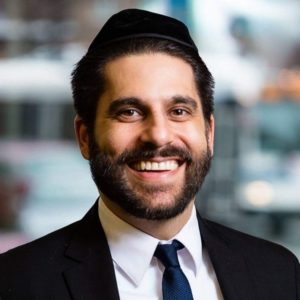 It’s a time far off into the future and humanity has successfully traversed parts of our galaxy we never could have imagined visiting. During our journeys, we come across aliens so advanced that they put our Hollywood depictions to shame. They speak multiple languages, display abilities of which we cannot comprehend and even possess free will.
What implications would all of this carry for us as a human race and as a Jewish people? Believe it or not, over the generations, Jewish tradition has addressed issues such as these and more. Mystical, philosophical and modern Jewish thought have all asked the question, “Are we alone?” Their answers are riveting.

There are two groups of mystical texts that affirm alien life. The first teaches that in biblical times aliens invaded the earth and polluted the human gene pool by cohabiting with humans. This is based on the depiction of the “sons of G-d” from Genesis 6. The offspring were humanoid beings called Nephilim. This gene mixing proved dangerous for the human race, therefore, G-d brought the flood to restart creation.

Another mystical approach adopts the hollow earth theory, arguing that aliens exist (still!) within the center of the earth. The Zohar states that there are seven such earths and each is inhabited by human-like beings. Another mystical text speaks of 365 species of creatures in inner earth. It is said that many of these beings know about us and have interacted with us for a long time now.

However, these texts do not overtly deal with the religious ramifications of alien life. This is where the Jewish philosophers step in. Independent of a mystical tradition, the following medieval thinkers apply logic to decipher whether aliens exist.

R’ Hisdai Crescas (1340-1411) brings arguments both for and against extraterrestrial life. On one hand, G-d “has no stinginess.” Since the creation of humans is a good thing, he argues, one could imagine G-d replicating this good in other worlds as well. On the other hand, the world, according to Crescas, is eternal. Being that G-d only generates multiplicity upon concern for the extinction of a given object or species, there would be no need to create a second inhabited earth. In the end, Crescas leaves the question open and refers us to a quote from the Talmud that G-d travels among 18,000 worlds, which he views as inhabited by extraterrestrial beings.

Rabbi Yosef Albo (1380-1444), Crescas’ disciple, rejects the idea of extraterrestrial life, because only humans possess free will. Working from this axiom, he asks: what would be the purpose of aliens? It surely would not be to serve humans: aliens inhabit distant territory in space. This being the case, he renders them superfluous and, as a result, nonexistent.

A later philosophical approach (Rabbi Pinchas Horowitz, 1765-1821) fascinatingly accepts “without a doubt” that “the worlds contain extraterrestrial life.” As for Albo’s inquiry into what benefit may we derive from aliens, he answers, “We can’t comprehend the benefit, just like we don’t always know how angels benefit humans.” This view is also open to aliens possessing intellect and wisdom, but not free will.

The aforementioned sources address the question of “Are we alone?”

However, the question that remains is: Does all of this really matter?

For many, the discovery of advanced life on other planets would pose a great threat to their assumed superiority as humans over other “lower” life forms, such as animals and plants. Many predicate this superiority upon humans’ capacity to think, speak and choose freely. And for Jews, this may rub up against their sense of chosenness and uniqueness. Indeed, these reasons may be why none of the philosophers were willing to attribute aliens with free will.

With this in mind, I would like to shift our attention to an instructive direction brought forth in Rabbi Jonathan Sacks’ “The Dignity of Difference.” In this work, Sacks argues that seeing other nations as having unique paths and connections to G-d does not have to threaten Jews’ understanding of their own uniqueness and chosenness (pp. 55 & 65). We can be chosen and special, while accepting the unique connections others experience with G-d as well.

In a similar fashion, and admittedly stretching this kernel of thought to the next level (and perhaps to another solar system!), accepting other life-forms as special or even more advanced than we are does not have to taint our self-image, both as humans and Jews. The nation of Israel has a unique history, we are beloved to G-d. G-d chose us. But G-d can have other colonies and life-forms with which G-d relates, looks over and has even tasked for a unique role in the unfolding of our cosmic drama.

Based on this, the more accurate question is: “if aliens exist, do we really matter?” And my response is you better believe it!

Letters to the editor: Jan. 21

Challenges to Israel’s government of change