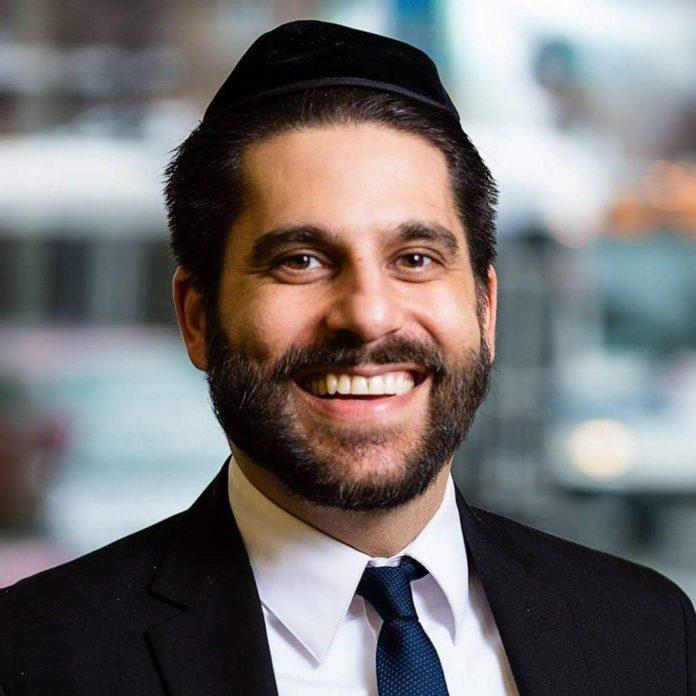 What is the Jewish astronaut’s favorite song?

All jokes aside, the rising and setting of the sun can lead to sticky situations for the halachic space traveler. At a certain distance from Earth, an astronaut witnesses a sunrise and sunset every 90 minutes. At three prayer services per every 90 minutes, that is a lot of praying in a 24 hour span!

So, that’s one issue: practicing Jewish law amid rapidly revolving days. However, a more basic question remains: Is halachah even applicable in the first place outside of the Earth’s stratosphere?

If you ask Rabbi Ben-Zion Firrer (1914-1988), the answer would be no. Rabbi Firrer brought support for his exemption from mitzvah observance from Deuteronomy 12:1: “These are the statutes and judgments which you should do … all of the days that you live upon the earth [al ha-adamah].” On his read, the commandments are only relevant on the adamah, the Earth — with a capital E. Outside the Earth’s stratosphere, we are exempt from their performance.

Upon hearing this lenient stance, Rabbi Menachem Kasher (1895-1983) quickly penned an emphatic response: “Every Jew must keep the Torah wherever they live: up on the moon, or in the water underground, at the North Pole or the South Pole. … There is no place where a Jew could become absolved from the Torah’s mitzvot.”

It’s possible that an underlying debate is at play here, with each side hinting to a different understanding of the function of mitzvot. The first approach stresses how the mitzvot help correct and elevate the world. The commandments must be done in this world, and nowhere else. The second sees their purpose more in terms of the individual. No matter where a person is, they must perform the commandments. The main purpose is to elevate the individual, not the world. These two approaches appear throughout Jewish sources over the ages and at times inform the underlying orientations of varied Jewish denominations.

So, who won this halachic debate? The majority ruling is that one must perform mitzvot wherever they are, including outer space.

Now that this has been established, we can return to our original query: How does one perform commandments amid frequent risings and settings of the sun?

Upon approaching this new issue, authorities sought similar precedent within Jewish law to help formulate their rulings. Their search led them to another abnormal weather reality: life in the Arctic Circle.

How does one observe Shabbat in Northern Sweden, for instance, where it can be light outside for up to 50 days straight? One opinion holds that one practices mitzvot based on the sunrise and sunset of their current Arctic Circle locale. If it’s sunny for a month and you arrived on Tuesday, that Tuesday will last for a month. A more stringent approach says something to the effect of, “It’s not day there and it’s not night there. And you know what? You shouldn’t go there!”

The more accepted view, however, is that of the Tiferet Yisrael who bases the count in the Arctic Circle on the times of the area from which one originally embarked as they left for the Arctic Circle. That is why when the Israeli astronaut Ilan Ramon, of blessed memory, asked how to observe Shabbat in outer space, Rabbi Levi Yizhak Halperin (1933-2018) guided him to do so based on his location of departure: Cape Canaveral, Fla.

According to many, this would also be the ruling for one who travels into outer space. As we learned, one is obligated to guard the halachah everywhere — including outer space. How does one go about doing this? Based on the times of the area of departure.

This space discussion may not be the most practical for many of us right now (okay, for any of us!), but I am certain that as time passes these conversations will become more ubiquitous and relevant.

In the meanwhile, I will leave you with a takeaway. In our days, many feel as if they are walking around in outer space while living here on Earth. In these turbulent times, it’s ever more important to grasp onto the Torah and the mitzvot. No matter where we are or what is happening, we always have the Torah. This is our guide to a grounded life — whether in a far-off galaxy or for the duration of “the days that we live upon the Earth.”

Opinion | Is the golden age of American Jewry at an end?