We are commemorating one year since the attack on the Tree of Life building in Pittsburgh on Oct. 27, 2018. It seems an appropriate time to reflect on how this experience has impacted Jews in Baltimore and across the U.S., and most importantly, what we all can do to take an active role in confronting the growing anti-Semitic and bigoted expressions behind this and other similar violent and political attacks recently seen throughout the world.

We were just starting a mission trip to France and Morocco with Associated President Marc Terrill and his wife, Diana, who is originally from Pittsburgh, when Diana received the call that her cousins were among the murdered victims at the Tree of Life shooting. We were shocked not only that a religious institution in the U.S. was once again targeted, but that it had now hit our friends and family directly. Marc and Diana immediately jumped on a plane to be with their grieving family in Pittsburgh while we continued on to Morocco with a group of Baltimore leaders to visit the Jewish communities of Casablanca, Marrakech and Fes as planned.

The ancient Jewish community of Morocco dates back 2,500 years, and at its peak, was home to 350,000 Jews. What was once one of the largest Jewish populations in the Muslim world is now a small but tight-knit community of 3,500 people. It was surreal hearing the concerns being expressed by the Morocco Jewish community regarding the rise of anti-Semitic acts in the U.S. Here we were visiting this ancient community to determine how we could help it survive and thrive into the future, while at the same time the threats to our own communities in the U.S. were now front and center.

At The Associated, security issues were already a priority for our leadership. We were working with synagogues and other Jewish organizations to review public safety readiness and help develop and implement security plans and improvements. We have been working closely with our local, state and federal representatives for years to obtain funding for security initiatives in the Jewish community. We appreciate their partnership, as well as the local law enforcement in insuring the safety of our community.

However, the recent attacks in Pittsburgh, California, France and Germany have reinforced the reality that anti-Semitism is a worldwide threat and disease that will continue to metastasize unless confronted head on whenever and wherever it rears its ugly head. The author and journalist Bari Weiss points out that anti-Semitism is part of a larger culture that facilitates bigotry. We need look no further than Charlottesville for a clear illustration of the direct connection between anti-Semitism and racial bigotry, with white supremacists protesting the removal of a Confederate statue while marching with torches in hand chanting, “Jews will not replace us.”

Each of us has the power to act. We saw in Pittsburgh community members of all faiths come together to stand up against hate. In New Zealand, we saw a strong public stance by the country’s prime minister, Jacinda Ardern, and religious communities world-wide denounce bigotry against Muslims. Within the Jewish community, we have deeper conversations about how to be “upstanders,” not bystanders, to all forms of hate. We recognize we must speak out repeatedly against hate and bigotry of all kind, whether against Jews, Muslims, Christians, LGBTQ people or even against people of opposing political parties or thought.

The Associated and the Baltimore Jewish Council convened a community-wide gathering of Jewish leaders last spring focused on combatting anti-Semitism. We identified three key areas to address in order to respond effectively: Build interfaith and broad-based community relationships, expand education and advocacy. Fundamental to these efforts is confronting all forms of bigotry, including all forms of anti-Semitism.

We also launched the Baltimore Community Task Force on Anti-Semitism to develop, implement and track both proactive and preventative efforts against anti-Semitism. Together with a professional advisory group, the task force and the BJC will coordinate communal responses going forward.

Deborah Lipstadt, author of “Antisemitism Here and Now,” explores the different tactics used, and the common intentions between left-wing and right-wing anti-Semitism. We must not be blind to the fact hate is found on the right and left, and even though the language used may be slightly different, neither is acceptable and neither should be normalized.

We are about to read Genesis 1:26-28, in which we learn God created human beings in its “divine” image. How should we treat each other if we believe this to be true? The Associated will continue to stand up against anti-Semitism, hate and bigotry of all kind and calls on each of us to be upstanders, taking inspiration from the community of Pittsburgh, that we are all stronger standing together. 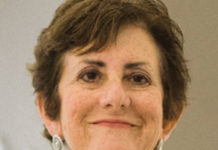 Opinion | Emotional health an issue for everyone 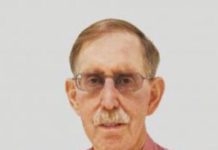 Opinion | It’s time to turn the Palestinian mindset against terrorism