In the 1960s, the late Rabbi Herschel Leibowitz of Greenspring Valley Synagogue (today’s Ner Tamid) delivered a sermon about Barbra Streisand’s hit song “People.” I was a teenager at the time, and therefore didn’t pay much attention, but I remember his general theme.

According to the song lyrics, “People who need people are the luckiest people in the world.” Rabbi Leibowitz disagreed. His message was that people who don’t need people are lucky. How wonderful it must be to live in a world of your own, needing no one else to be happy and content! Those who need people — the majority of us — are dependent on others; how can that be lucky?

What he was saying made some sense at the time as I recall. But the COVID-19 pandemic has shown me that while I can be content to stay at home reading, baking, gardening, watching TV, streaming movies, playing on the computer, etc., I do need people. Interacting with others and helping them gives me a purpose. Being a member of the Baltimore Jewish community has been a lifesaver.

At the beginning of the shutdown in March, I received an email from Northwest Baltimore’s senior village, Northwest Neighbors Connecting. I was asked if I wanted to make weekly check-in telephone calls to NNC members. I was sent a list of approximately 10, mostly home-bound seniors, when I agreed to participate. Some were African American and the rest Jewish.

At first, many of my “phone pals” were somewhat wary to receive a call from a stranger. Over the weeks, however, I’ve developed friendships with many of them, some of whom I probably would never have known except for the pandemic.

One example is “Mildred.” During a call, she mentioned that a large pine tree in her yard threatened to fall on her house. She was very worried. All the estimates to remove the tree were unaffordable. I reached out to a friend in real estate, and he connected me with his “tree guy.” His estimate fit her budget; a few days later, the tree was removed and the debris cleaned up. She was very grateful for the referral.

Another phone pal, “Sadie,” recently celebrated her 90th birthday. She makes me smile with her upbeat attitude and sense of humor. Nothing gets her down, not even her severe arthritis. A third, “Gloria,” sounded very anxious at the beginning of the shutdown. While she still is anxious, she knows that the community will help her when and if she needs assistance. Two weeks ago, when speaking with another new friend, “Gladys,” I learned that we lived two blocks apart before she moved to her current apartment. We had a nice time reminiscing about the neighborhood. You could hear the smiles in her voice as we talked.

My synagogue, Suburban Orthodox Congregation Toras Chaim, has also been reaching out to homebound congregants. Each week, two special shul members prepare Shabbat “goodie bags” consisting of challah, cake or cookies and the latest shul news. I’ve been fortunate to be a part of the delivery team. Bringing joy to someone Erev Shabbat brings joy to me.

A shoutout needs to go to the staff at the Edward A. Myerberg Center, which operates under the auspices of Comprehensive Housing Assistance, Inc. (CHAI). Personally, being able to access the center’s many exercise classes on Zoom has been amazing. My post-exercise endorphin high keeps me going during the day. Importantly, the Myerberg Tech-Knowledge Hub has been a wonderful resource for teaching older adults how to use technology during our “new normal.” Even my shut-in, technology-shy phone pals tell me that they have learned to use their smartphones and tablets to stay in touch with children, precious grandchildren and friends.

So, while Rabbi Leibowitz, of blessed memory, may have thought that people who don’t need people are lucky, I respectfully disagree.

Eileen Creeger is a writer who belongs to Suburban Orthodox Congregation Toras Chaim. 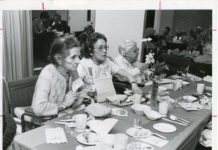 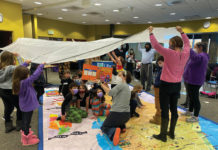 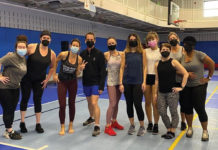