Jenny Katz, 29, is a Charm City transplant. She spent the first decade of her life in Gezer, a kibbutz in Israel, before her family moved just outside Princeton, N.J.

After a brief stint at Skidmore College and year off (including a semester at Hebrew University, where she interned with the giraffes at the Biblical Zoo in Jerusalem), Katz finished up at Rutgers University, majoring in animal science with a focus on dairy goats.

Her career as a dairy goat farmer in New Jersey was, however, short-lived. Deciding one night that the dairy goat life was no longer for her, Katz’s boss put all of her 40 pregnant goats up on Craigslist. A South Jersey farmer arrived with a trailer within the hour, and Katz was out of a job.

But all’s well that ends well. She moved to Baltimore at the urging of her then-boyfriend and now works as the head of the community lot team and volunteer coordinator at Baltimore nonprofit Civic Works.

Not many young people go into animal science. What about that interested you? Why dairy goats?
I think at the time I kind of looked down on any office jobs and just thought working with my hands was the only way. The reason for dairy goats was because in school — Rutgers was a research school — we had this herd of 40 wethers. Do you know what that is?

No …
Wethers are castrated male goats. And, apparently, when you castrate a goat young, they get really sweet, very large and very soft. So you walk into this pen with 40 wethers and they just swarm you for cuddles.

And I just loved making cheese, and I loved farms and the community. I just felt like I was fulfilling something without realizing it. Life on the kibbutz, we had all these animals, and it was a very agrarian lifestyle. And I think I was missing that in New Jersey.

And so when this job [at Civic Works] came along, it just felt like when the world hands you something like, “Hey, you should do this.” And you’re like, “Oh, I don’t know,” but really you do know. It was like that. It just brings me a lot of joy.

You’ve also done fellowships with Jews United for Justice and the Institute for Islamic, Christian and Jewish Studies. It seems like there’s this through-line in your life of both the world as a whole, in justice-related goals, and world as literal earth, dirt.
Oh yeah, I didn’t think of that. There’s some saying of a tree, with the roots in the ground, the branches in the heavens and trunk in the here and now. Like, be in all three places at once, as much as you can. And that’s always resonated with me.

I think that the Jewish groups I have been involved with are not just Jewish. They have a Jewish lens, but their focus is to help others. A pivotal part of my Jewish identity is how can we be allies and supporters and collaborators to other groups that are suffering too.

How has growing up in Israel informed your life here?
Obviously it’s informed me in a literal way in wanting to connect to the land. I mean, I didn’t wear shoes for like the first 10 years of my life, and there’s always part of me that craves that connection and strong sense of community.

But also, I think, coming to the states as a little Israeli kid with a weak grasp of English and being thrust into Hebrew school — there’s a culture in American Jewry and I never quite felt like I belonged in it. And I think that helps me to find compassion for people who are not like-minded.

Do you have any big projects coming up at Civic Works?
We’re doing a big project at 21st 1/2 Street in Barclay. This site in particular is a pretty rough space. A few of the residents there adopted it with help from Civic Works and Strong City Baltimore and in partnership with The Park School.

It’s been just a great practice in collaboration and that’s like my favorite part of my job. So, on April 4, we’re having Park School out there, and we’re getting shovels in the ground.

What do you like to do when you’re not civic working?
I’m a member of two boards: Friends of Stony Run and the City Forestry Board. I live right on Stony Run. I bought a house in the spring, and it backs up to the stream, which, to me, is one of the city’s greatest assets. I’d say that’s one of my biggest hobbies. I like to make beautiful spaces. The city is just ripe for beautification and greening. And I love it. 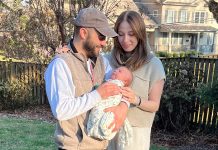