If Jessica Gorsky Halle could change one thing about Baltimore, she would make the harbor clean enough to swim in.

Gorsky Halle, 32, is an associate attorney at Whiteford, Taylor and Preston, LLP. Her practice focuses on estate and elder law. She, her husband Jordan M. Halle, and two dogs live in Owings Mills, around where she grew up. They are expecting a baby to join them in February.

The Halles are members of Har Sinai-Oheb Shalom Congregation in Pikesville and participate on the board of IMPACT, the young adult division of The Associated: Jewish Federation of Baltimore, and are both co-chairs of the Couples Committee.

Your peers recently awarded you the Rising Stars of 2021. Tell us about that and why you enjoy work.

My reaction was a mix of surprise, excitement and honor.

When I chose to become a lawyer, I wanted to help people, plain and simple.

My favorite part about my job is getting to know my clients. It sounds simple, but I’m a people person. My husband frequently calls me a “yenta.”

My favorite anecdote is one of the first cases that I worked on by myself, from soup to nuts. A single mother’s child had been awarded a medical malpractice award settlement at infancy. The settlement award was bound by a significant amount of red tape, so it was difficult for the mother to actually be able to use any of the benefits for her child. The mother spent years trying to access the funds. Without that money, the mother found it difficult to manage consistent housing. The family was constantly on the move.

By the time the mother came to me, the child was already in his teens. She was desperate to get him into this certain school that could assist with his special needs, but she couldn’t afford a home in the area.

I came up with a plan. It took several months and court hearings, but finally I was able to convince the court to move the funds into a special needs trust, which would grant the family immediate access.

The child turned and gave me one of the biggest hugs I’ve ever received. It was one of the most fulfilling moments of my life.

As you work in elder law, what hidden issues do you see seniors face?

The biggest issues facing seniors stem from their vulnerability and the disparity in this generational gap.

The Silent Generation and the Baby Boomers grew up during a time when trust among your neighbors was honored. The assistance and guidance seniors required was respected. Today, I find it’s difficult for seniors to grasp fraud and coercion in the world. New scams are popping up every day.

What is special about Baltimore to you?

I love Baltimore. When I was growing up, I definitely took the place for granted and fully appreciate everything [it] had to offer. It wasn’t until I went to college out of state and was able to visit more cities in the U.S. and abroad that I really came to appreciate the charm of Baltimore.

Baltimore is beautiful because of all its parts — it’s gritty, homey, historical, eclectic, always evolving and at the same time you can always count on certain things to never change.

When I was younger I definitely did not appreciate the “smalltimore” nature of Baltimore, where everyone seems to have at least six degrees of separation from one another.

I grew up a first-generation American in a family of Soviet refugees. Both my mother and father grew up being raised Jewish in the Communist USSR. Their access to things like Hebrew school or services at an actual synagogue was nonexistent.

My family was only able to embrace the culture of Judaism [much later]. When they moved to Baltimore in the late ‘70s, my parents and grandparents had their first integration into an established Jewish community. By the time I came on the scene, my family’s assimilation, and education into the religious aspects of Judaism, was still new.

My husband on the other hand grew up with as much cultural Jewish influence as religious. So now that we have melded our lives into one, I feel lucky that he has been able to provide me with a religious Jewish awakening that I didn’t have growing up. 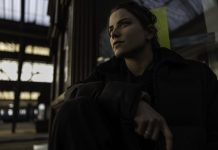 You Should Know … Svet Jacqueline 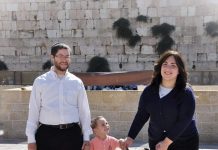 You Should Know … Sara Sternman