Justin B. Terry Smith, a resident of Severn, is a writer, professor, veteran and longtime activist with a special interest in LGBTQ and HIV/AIDS issues.

Smith grew up in a nominally Christian household, but was always reminded of his family’s Jewish heritage. As an adult, Smith reconnected with his family’s roots through a formal conversion.

How did you become involved with HIV/AIDS and LGBTQ activism, and more specifically, by using writing as the vehicle for it?

I was honorably discharged from the Air Force in 2003 and returned to the D.C. area where I began volunteering for a nearby HIV/AIDS clinic. I wanted to support my community and HIV/AIDS was something that had been impacting so many gay, Black men for years.

Three years later, I discovered that I was HIV positive, bringing everything even closer to home and ultimately leading me to launch Justin’s HIV Journal as a means of helping others and their loved ones cope with a recent diagnosis. It not only gave me a sense of purpose and allowed me to show to others that HIV is not a death sentence and that people can live long and healthy lives, but it also would become a catalyst for writing further about these issues for a wide range of publications.

Walk me through your journey to become Jewish and how that has impacted your activism work, if at all.

My family was always Christian, but we never were extremely religious. We knew the story of my great-great-grandmother who had a child with a Jewish man and also knew much about the Jewish side of the family. In fact, an older uncle of mine would always remark every year during Christmas gatherings that we were “not supposed to be celebrating this” and should be celebrating Chanukah instead.

What has your Jewish identity meant to you? What impact has it had on your identity as a Black man, activist or any of your other identities?

My Jewish identity emphasizes tradition, inner peace and mental awareness. It impacts my day-to-day life in numerous ways from ritual observances with my non-Jewish husband, raising our two children and pursuing a career in higher education. All of which I believe align perfectly with my Jewish values. Jews have also been at the forefront of the civil rights movement of the ‘60s and ongoing dialogues of race today. Numerous Jews have also made sure that other Jews of color feel comfortable, have their safe spaces and can feel comfortable in their space.

Most importantly, being Jewish has helped me balance the intersection of all these identities. People immediately know I’m Black, they might know I’m gay and they probably wouldn’t know I’m Jewish until they saw my Magen David, but all three of these play such a crucial part in who I am.

What have you been up to during these past few months in the coronavirus pandemic?

Interestingly enough, I have gotten into acting. I will be playing a missing person in a horror film that is recording on Long Island in February 2021. It will be a speaking role over the radio with my picture, so it is an interesting debut but a great way to get a start.

Leonard Robinson is a freelance writer. 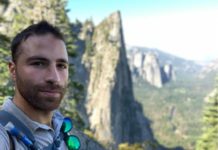 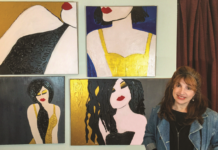 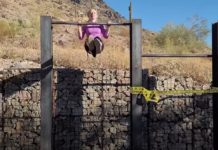