What kind of person spends six months hiking the Pacific Crest Trail, starting in Mexico and ending in Canada? Someone with a vision and the energy to accomplish a major task, also essential attributes for starting a brick-and-mortar retail business in the middle of a pandemic.

Maya Muñoz and her husband Russell Trimmer opened their retail bakery, Motzi Bread, in May of 2020.

Muñoz, 30, grew up in Mount Airy, graduated from University of Maryland College Park and taught Spanish in a Baltimore County middle school for three years. Trimmer had worked on a southern Maryland farm for three years, where he learned about grain sales. That expertise brought them to Baltimore in 2015 when Trimmer took a job as bread manager at Woodberry Kitchen.

In March of 2019, they started Motzi Bread as a subscription service. They were able to buy a former liquor store building in the Harwood section of Baltimore City’s Charles Village, transforming the first floor into a bakery and living above the store. In addition to bread, they sell cookies, croissants and occasional seasonal items like hamantaschen.

Why did you start a bakery?

I never imagined being able to own my own business, but Russell had experience in commercial bread sales. Our attributes are a good match for each other in business. We were interested in social justice and being rooted in a place, invested in a neighborhood. Baltimore called to us in many ways.

How did you pick the location in Harwood?

We just love Charles Village. We were so lucky to be able to own the building and live above it. We wanted to minimize as best as we could any gentrification that might arise from our presence. It’s a pretty diverse neighborhood. We have an artist neighbor who did the mosaic on our storefront, a woodworker who sells cutting boards in the bakery and a Judaica artist who sells her items in the shop.

Why did you pick the name Motzi?

My father is Chilean. I thought about Spanish words. Then I thought of my mother’s Jewish heritage. With the word “motzi” we acknowledge the role of farmers who grow the grain and the millers who grind it into flour, all the steps in eating bread. There is a biblical interpretation of Eden as a place where food appears from the ground. That appealed to our vision of the future.

Why did you start a subscription service?

Subscriptions were a useful way to get us started. We were working out of our own house and had a limited capacity for how much we could bake with an oven that could only hold about 12 loaves at a time. The subscription is much like the way farmers use community-supported agriculture, CSAs. It gave us the foundation of a customer base. When the pandemic hit we were up to about 150 subscribers and now we are at 200.

How does milling your own grain work?

We source grains from local growers, including Ian Hertzmark’s Migrash Farm in Randallstown. We mill it within two days, which is important to keep the qualities of the grain.

You have a policy that customers pay what they can. How does that work?

We have a listed price and people can pay less than that. Some people contribute more, which helps offset the lower amounts.

What have been the greatest rewards of owning Motzi Bread?

I love making connections with customers, connecting with other businesses and meeting neighbors. We are already seeing neighborhood children growing up. It has been a really beautiful experience.

Bob Jacobson is a freelance writer. 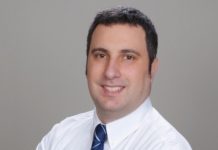