Rabbi Jessy Dressin is dedicated to building Jewish connections and helping others find their connection. She has worked for the JCCs of Greater Baltimore as a rabbi and director of Jewish life since moving here in June 2012 and recently announced that she will be stepping down to become the new city director for the Baltimore chapter of Repair the World in September.

A Northern Virginia native, Dressin, 39, graduated with a B.A. in history and Jewish studies from the University of Maryland, College Park. She obtained her masters in Jewish education and Hebrew Letters from the Hebrew Union College: Jewish Institute of Religion in Los Angeles, California, where she was also ordained as a rabbi in 2012. She currently lives in Jones Valley with her husband Mark, 39, and “fur baby” Kofi, 11.

People are often surprised with where they might meet Rabbi Jessy – for example, at Union Craft Brewery, where she bartended alongside her husband at the brewery’s seventh anniversary party.

In her free time, Dressin loves seeing live music, being out in nature and traveling. She just finished binge-watching “Orange Is the New Black” and reading “The Freelance Rabbi” by Ariel Samson.

In 2016, Rabbi Jessy was named as one of The Forward’s Most Inspiring Rabbis.

What does your current position entail?

My current job entails creating opportunities for people in the broader Jewish community in Baltimore, to tap into the rhythm of the Jewish holidays and to have meaningful community experiences. I focus on young adults and families of elementary school-aged children who aren’t tapping into Jewish life in traditional affiliated ways.

I also serve as one of the two rabbis on staff at the JCC as a whole. When it comes to Jewish content throughout all the departments and places of the JCC, I help as a thought partner.

What will you be doing at Repair The World?

Repair The World is a national organization [built around] a foundation of Jewish values and ideas, [working to] engage millennials in service and civic engagement in their cities. As city director, my job will be to work to set strategy and vision and develop resources [in order] to build a strong platform for Repair The World. This platform will be based on the work that they’ve already done. I’ll also partner with Diana Goldsmith on the new Repair team. We will create an expansive opportunity for young adults to engage in service and learn about social issues that are part of the Baltimore City experience. [We want them] to see it as part of their responsibility to get involved in trying to impact change in areas like education, equity and justice.

What does Judaism mean to you?

I believe that Judaism just offers an incredible platform of particular rituals, frameworks and obligations that help [people] to interact with the broader world and allows me to act within the world in a [beneficial] way.

I’ve always felt that Judaism has three goals: 1.) a sense of purpose and personal meaning; 2.) the imperative to be part of a collective community; and 3.) the responsibility to help make the world a better place. For me, everything about my Judaism is in pursuit of those three goals. I appreciate the kind of timelessness of those ideas, but [also the] generational interpretations and individual interpretations of how to work towards those goals.

Part of the reason I’m a rabbi is because I’ve always loved being a Jew. Many people in my peer group [and in] younger peer groups are struggling to connect in ways where that [love of being a Jew] feels obvious to them, too.

As a rabbi, celebrating the many different ways people can come to connect to Jewish tradition and be inspired to define their purpose in the world, in part inspired by Jewish values, is something I want to celebrate. Making the treasure trove of what’s possible within Jewish tradition in an authentic way is something that helps to expand possibilities for how people might connect Jewishly.

I don’t get to take [the rabbi] hat on and off…[it is] part of my persona. When people find out that I am a rabbi, they are often curious because maybe I challenge some of their built-in assumptions about what … a rabbi looks like – or they are surprised that they just met a rabbi at a Phish show or a Ravens tailgate! I like surprising people and challenging their perceptions.

I am also honored that as a rabbi, I get to be with people in their most important moments. I can help provide a spiritual and ritual framework for some of the happiest and most challenging moments that one might face in life. 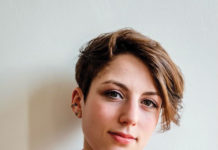 You Should Know … Malka Svei 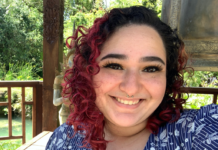 You Should Know … Rachel Siegel